Bhopal(Madhya Pradesh): Madhya Pradesh police have bagged 2nd prize in ‘smart usage of fingerprint science’ for solving blind murder case. The award was presented at the 23rd All India Fingerprint Directors Conference held in New Delhi recently. The conference was organised by NCRB, said the official on Friday.

MP is the first state in the country to have used the said new technical method to solve the blind murder case. The two-day conference, organised by the National Crime Record Bureau, concluded  on September 21 in New Delhi.

“The case for which the police has bagged the award, had come to light on April 24 this year when a forest patrolling party had found an unidentified body in the jungle of Raiarao in Seoni district,” the ADG said. The body was more than 24-hour-old and it was not possible to take the fingerprints for its identification. However, the fingerprint specialist Ritu Uike took the fingerprints through a technical method and matched them with the fingerprints stored in NAFIS.

“While matching the prints, the victim was identified as Ishwar Singh Chouhan, a resident of district Ujjain. He was booked in a theft case. On April 19, he and his two accomplices - Kalu Singh and Yogesh Amajhar (residents of Nagpur) had stolen electric wire worth Rs 5 lakh,” said the officer.

The trio had later quarrelled over the share of the booty.  Kalu Singh and Yogesh Amajhar had then killed Ishwar Singh and dumped his body in the jungle.  The two accused were arrested by the Manasar police station of Nagpur district for the theft case. MP police had contacted the family of the deceased, they had informed the cops of his two accomplices.

The ADG said had the case been investigated through traditional methods it would have taken a long time as the crime spot was almost 250 kilometres from where the body was found. The two had thrown the body into the jungle and returned to Nagpur. 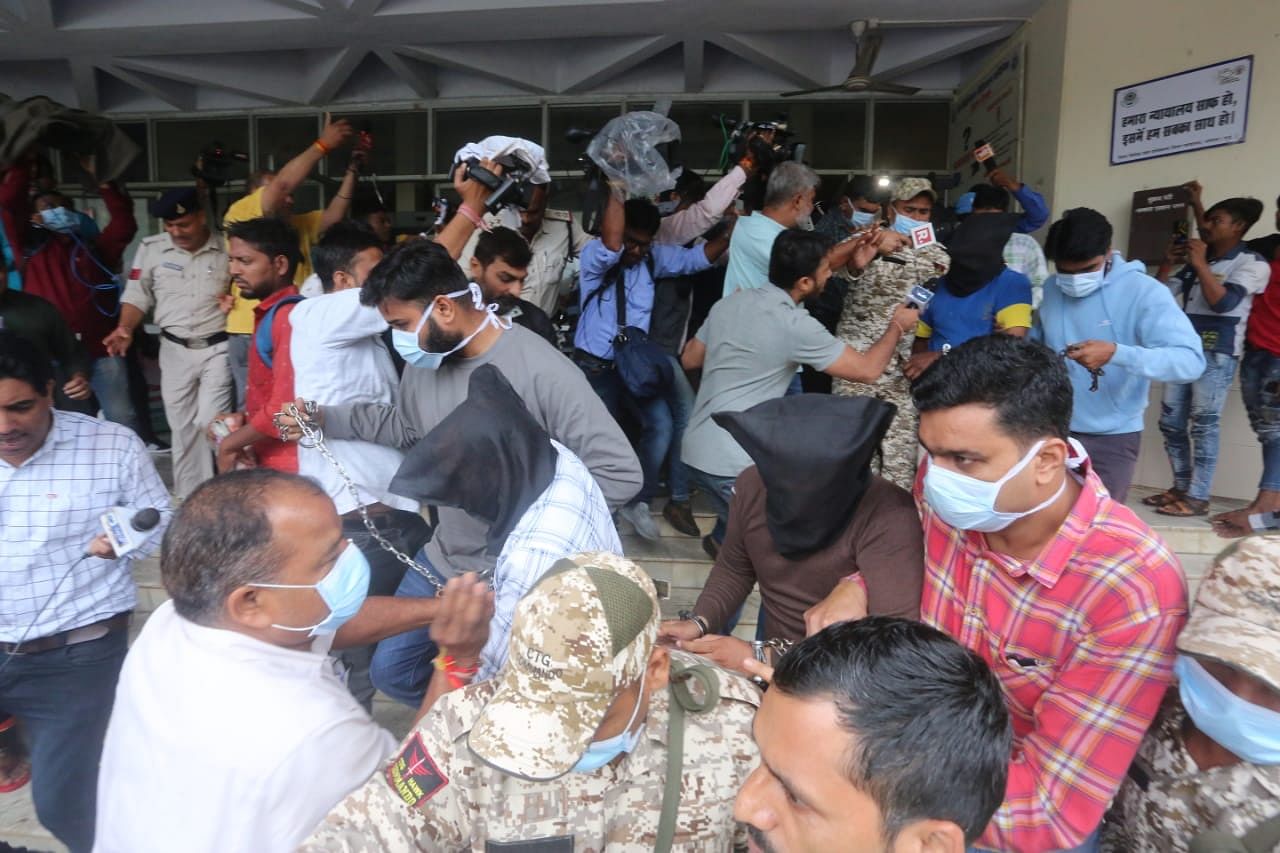