Woman was mounting pressure on the accused to return borrowed money

Mumbai: One more held by Maharashtra ATS in PFI related case |
Follow us on

Bhopal(Madhya Pradesh): With the arrested of a man, Shahjahanabad police have solved a blind murder case of an unidentified middle-aged woman within two days of her murder. The accused identified as Rajendra Prasad Vaidhya had strangled the woman over a monetary dispute and threw his body inside an under-constructed septic tank near Mariaghat temple, said Shahjahanabad police on Friday. The woman was mounting pressure on Rajendra to return a few hundred rupees he had borrowed, and his had led to fight between the two and subsequently ended in her murder on Wednesday.

Additional commissioner of police Sachin Atulkar said the body of the unidentified woman was found inside an under construction septic tank. The identity of the woman was established through social media. The deceased was identified as Geeta Bai Dhanuk, a resident of Karond. The family members of the woman confirmed that she went missing from home on Wednesday.

While going through the CCTV camera footage, police found that Geeta had met Rajendra on Wednesday morning. Geeta was in touch with one Rajendra, who lived in one of the quarters on the temple premises. The woman used to meet Rajendra frequently and they both helped each other financially. Recently, Geeta had given some money to Rajendra but the latter was not returning the borrowed amount. On Wednesday she gave a call to Rajendra telling him that she was coming to get the money back. On reaching his house, Geeta asked Rajendra to return her money but he expressed his helplessness in returning the amount. This led to a heated argument between the two. Rajendra allegedly strangled the woman to death and then kept her body in his house. Later in the evening he dumped the body inside an under constructed septic tank and covered it.

The police have registered a case under section 302 of IPC and have arrested the accused. 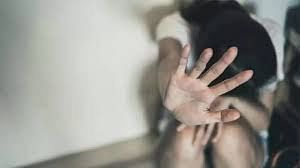