Bhopal (Madhya Pradesh): The Ashoka Garden police station staff have arrested a youth on charges of extorting money from a social media influencer, the police said on Wednesday.

The police added that two other accomplices of the key accused were also involved in the crime who are on the run.

Javed approached the police a few days ago, stating that he met Anas in March 2022 in Shahjahanabad who complimented him for his content. Following this, Anas again met him after three days at a private café and demanded Rs 500 for him. When Javed refused, Anas threatened him with dire consequences.

Javed then alleged that Anas kept meeting him and would extort money from him by threatening him. He said that he approached Koh-e-Fiza police few days back to lodge a complaint against Anas, after which an enraged Anas, his brother Arham and their friend Nadeem came to his house at 3 am on Sunday with sharp-edged weapons. They vandalised his house from outside. Javed alleged that the trio even urinated at his doorstep.

When Javed’s mother opened the door, the trio threatened her and other family members to kill them and fled. The police registered a complaint and arrested Arham.

Arham told the police that they threatened Javed as he had posted a derogatory video targeting his parents. Earlier, criminal cases were registered against Anas and Arham. “Hunt is on to nab Anas and Nadeem,” Chouhan said. 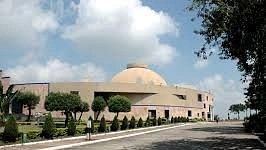