Congress has begun preparations for bypolls in the state.
Staff Reporter 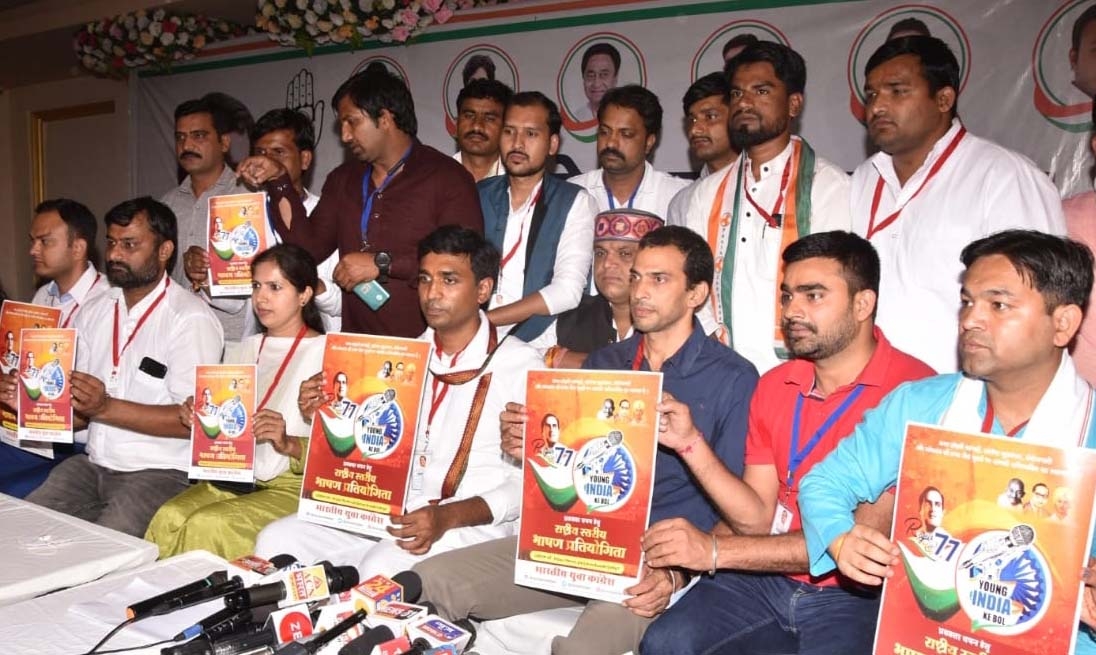 Bhopal: When the Congress will form government in 2023, the cases registered against Congress leaders will be withdrawn, said Youth Congress secretary and incharge of Madhya Pradesh Krishna Allavaru. He was addressing YC members here on Saturday.

The Congress party has begun preparations for the elections in the state. In coming days, the by-elections will be held at four places including three state assembly seats and one Lok Sabha constituency.

He added that those who will continue to struggle against the state government’s wrongs will be rewarded when Congress forms government in the state. State media coordinator Vivek Tripathi told Free Press that training of block and district level office bearers will be organised shortly.

While addressing media, he released booklet, Young India Ke Bol. Under this programme, the youths will be motivated to speak free for betterment of society.