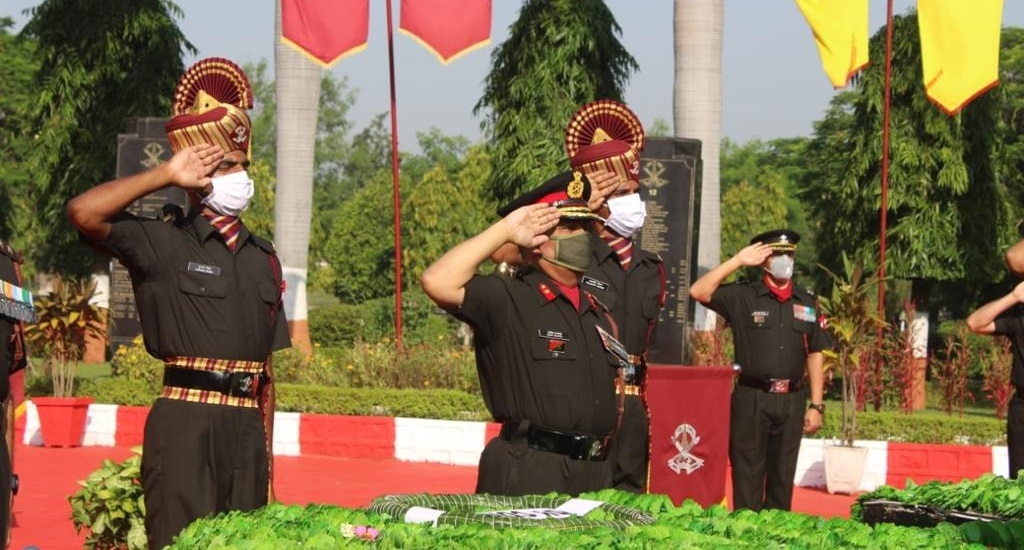 On the occasion of the raising day, Brig Ashit Bajpai, Commandant Mahar Regiment Centre paid tribute to heroes of the Regiment who sacrificed their lives for the Nation at War Memorial.

Raised as an Infantry Regiment with pure class composition of Mahars, it evolved into a mixed class Regiment with Border Scouts Battalions joining it, eventually becoming ‘All India All Class’ (AIAC) Regiment.

Many soldiers of the regiment have represented the country in the Asian Games and Olympics, including Sub Amit Panghal of 22 Mahar battalion, who had won laurels in the recent commonwealth games, Asian games and world boxing championship.

The might of the Mahar troops in the battlefield has been incomparable. Brave Sepoy Anusuiya Prasad of the regiment has the distinction of being the youngest ‘Mahaveer Chakra’ honour for bravery. Major Ramaswami Parmeshwaran has been awarded the highest gallantry award ‘Param Vir Chakra’ and Subedar Suresh Chandra Yadav with the highest gallantry honour ‘Ashok Chakra’ in peace. The regiment holds a special place in the Indian Army, receiving around 2297 adornments.