HomeBhopalBhopal: Surveys going on in MP; BJP,Cong plug away at public mind

Bhopal: Surveys going on in MP; BJP,Cong plug away at public mind

Survey reports indicate that many legislators belonging to both the parties will be denied tickets. |
Follow us on

Bhopal(Madhya Pradesh): The assembly elections are just a year away from now, but the Bharatiya Janata Party (BJP) and the Congress have begun to conduct surveys on their own to understand voters’ mind.

The reports of a few surveys have come out. A few surveys are still going on. The BJP has conducted two surveys. The central leadership has conducted one and Chief Minister Shivraj Singh Chouhan has done another.

He is still conducting a survey through which he will assess the position of the Congress in 230 assembly constituencies.

The BJP as well as the Congress is plugging away at the electorate’s mindset one year before the polls. They are also assessing the performance of the legislators in their respective constituencies.

According to sources, out of 127 BJP legislators, the position of 40 is not good in their respective areas. Most of these legislators belong to Vindhya, Gwalior, Chambal and Bundelkhand regions.

Similarly, out of 96 legislators, 27 are not in a good position, and most of them belong to the Malwa-Nimar region.

From the surveys of both of parties, it is clear that the next assembly election in Madhya Pradesh is going to be tougher than the 2018 polls.

According to sources, surveys indicate that both the parties are finding it difficult to form the next government. This is the reason that both have girded up their loins for the battle.

Survey reports indicate that many legislators belonging to both the parties will be denied tickets. 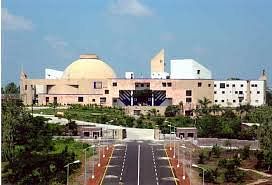