On the other hand, the GMC administration has released a list of junior doctors who have not been attending duty and served notice on them.

BHOPAL: After the incident of alleged harassment of the parents of the president of the Junior Doctorsí Association by the government, the striking junior doctors demonstrated at Gandhi Medical College (GMC) on the third consecutive day of the strike on Wednesday, covering themselves with coffin shrouds, or ëkafansí. On the other hand, the GMC administration has released a list of junior doctors who have not been attending duty. The Medical Teachersí Association has come out in support of the JUDA over the strike issue. Emergency services, the Covid ward and the ward where patients of black fungal infection are treated have been boycotted during the strike.

Dr Harish Pathak, president, JUDA, Gandhi Medical College, in a video, has been heard alleging that the government harassed his parents in Singrauli on Tuesday night. 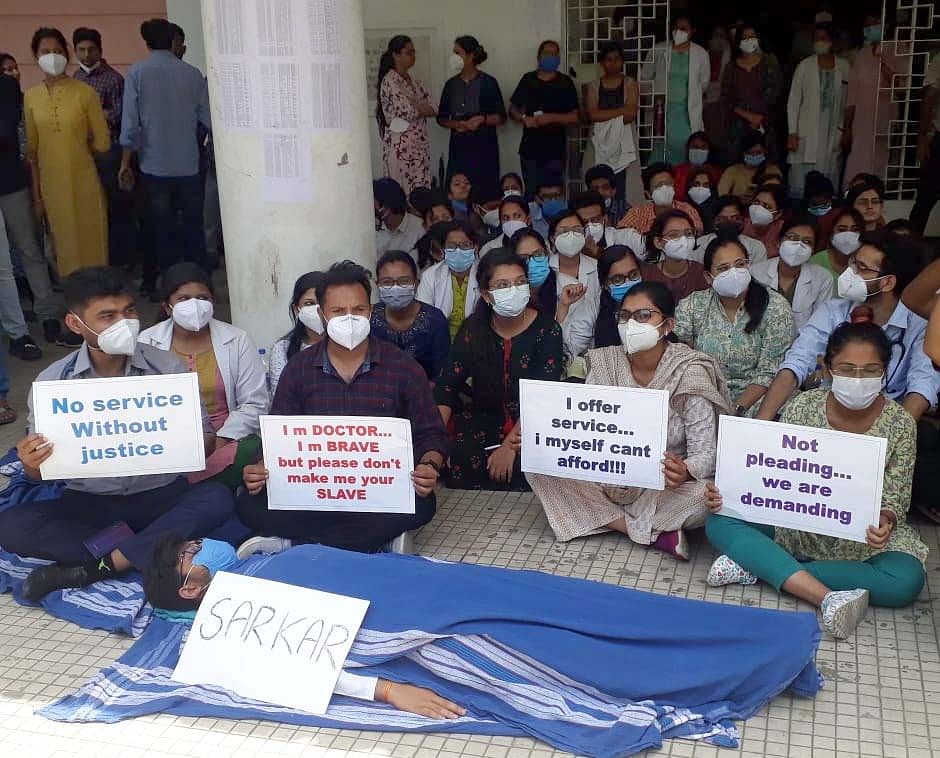 He said, For the past one and a half years, I havenít spoken to my parents just because of the workload during pandemic times, but the governmentís treatment of them wasnít expected just because I raised the issue of the stipend hike. My parents phoned me at midnight on Tuesday night, asking me to give up my job and go back as the police were harassing them a lot because the JUDA had raised issues against the government.

What are the demands?

* JUDA is on strike for fulfilment of their 6-point charter of demands, including a hike of 24 per cent in their stipends and a 6 per cent annual hike

* Earlier, the striking junior doctors alleged that the government had harassed the parents of the organisation president at night

"Our 6-point charter of demands is justified and even DME minister Vishwas Sarang assured us when we went on strike that our demands would be fulfilled. But now, heís made a U-turn instead of releasing the order. Weíre just demanding that the order be released in line with what the DME minister assured us. But itís very unfortunate that the government has chosen the path of harassment and confrontation instead of giving us the incentives to work even harder during these pandemic times." -Dr Harish Pathak, president, JUDA, Gandhi Medical College

Action will be taken

"The GMC administration has served notice on the striking JUDA doctors and instructed them that action would be taken, including cancellation of their registration. Weíve also released the names of the striking doctors." -Dr Jitendra Shukla, dean, Gandhi Medical College 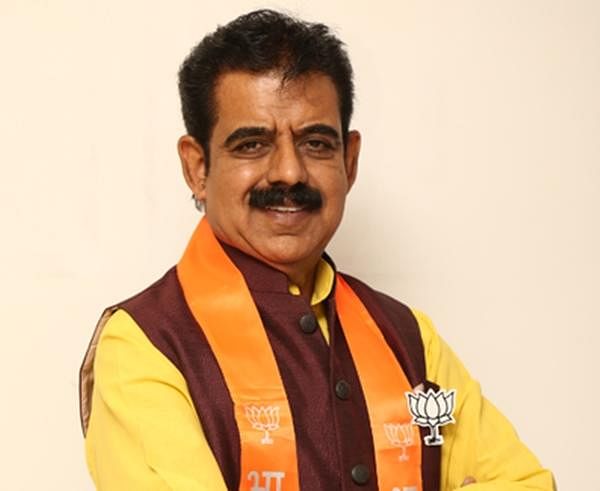