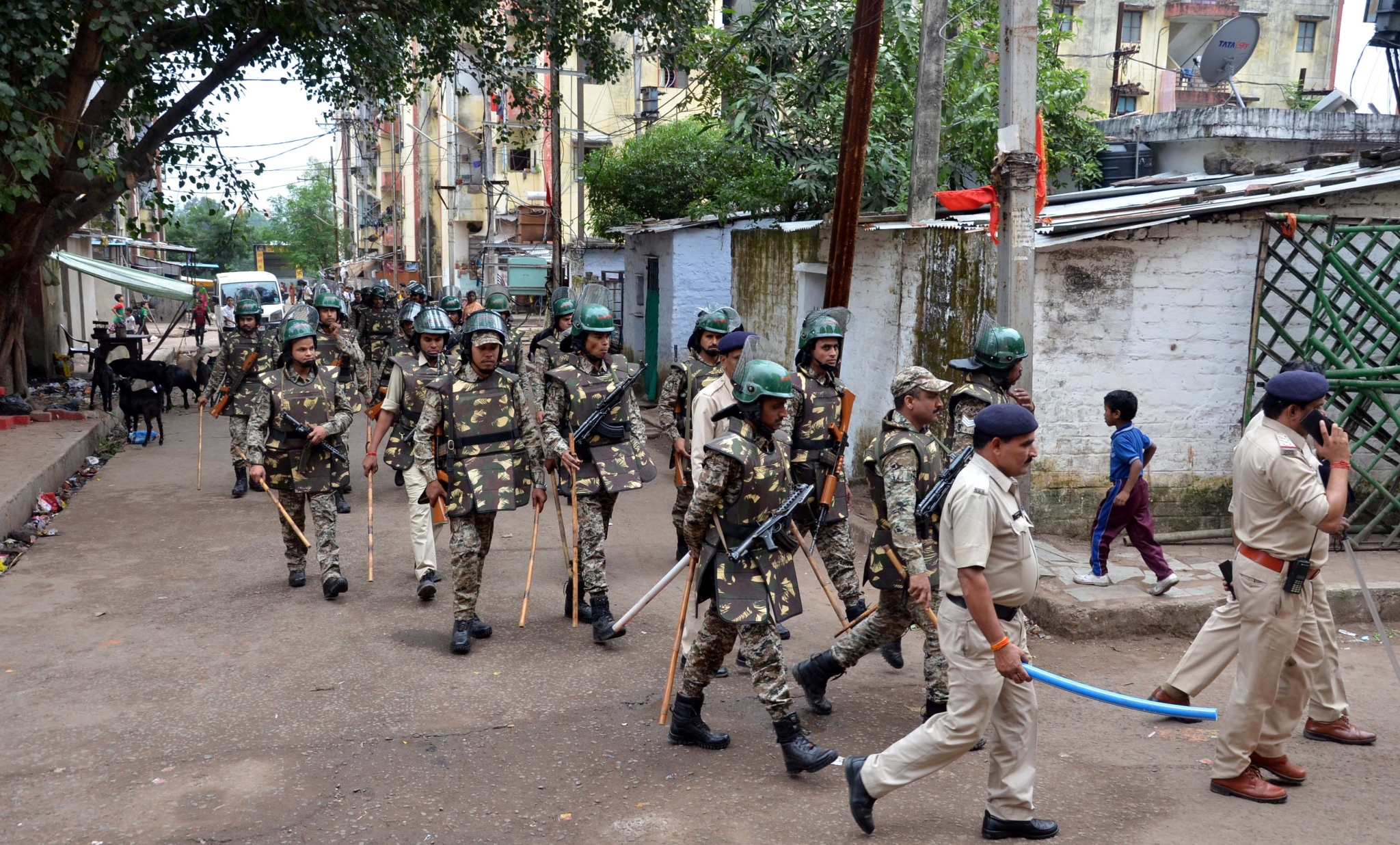 BHOPAL: Eleven police personnel, including a senior police officer, were injured on Wednesday in stone pelting by a mob opposing construction of a shopping complex in Arera Colony area in Bhopal, police said.

The incident occurred around noon when around 300 people gathered at E-7 sector of the colony to protest construction of a shopping complex by Railway Housing Society, said additional superintendent of police (ASP) Sanjay Sahu.

The dispute over the construction of this shopping complex has been going on for the past couple of years, the ASP said.

As police personnel were trying to disperse the mob smashing shutters of shops at the site, some of the protesters attacked them with stones.

As a consequence, of the violence which lasted for an hour, 11 cops were injured with CSP Bhupendra Singh sustaining serious injuries. Singh had to be taken to the hospital where it was diagnosed that he has broken two ribs in the milieu. Another officer SHO Shahpura Ashish Bhattacharya was also injured in the incident.

The people gathered at the alleged that shops will overshadow the view of a temple nearby and the temple’s land was also being encroached in the exercise.

They also alleged that the shops being built are illegal and that the construction is taking place on the land of the temple.

People started gathering at the spot since the morning and a dispute was impending but the police department had no information about it.

The gathering suddenly started vandalising the under construction shops and when other members of the society opposed it, they started stone pelting.

A team of nearby reached there after receiving information about the incident. They mob also attacked them in the process.

Realising that the situation is going of hands cops from Habibganj, Kolar, Kamla Nagar station were ordered to rush to the spot.

CSP Habibganj Bhupendra Singh and his were trying to talk to the stone pelters but in the process he got hit with two boulders.

Singh was taken to a hospital. But the stone pelters kept attacking the cops until a heavy force was deployed there.

Police have booked 70 persons in connection with vandalising public property and also for attacking police teams.

Construction bing done at Sanjar’s behest, allege protestors: The attackers alleged that the encroachment is being done at the behest of ex-member of parliament from Bhopal Alok Sanjar. Sanjar’s house lies near the spot where the drama had unfolded.

Even if issue pertains to temple one should abide by law: Sanjar

Alok Sanjar, when contacted said the attackers had planned the assault a day before, and they took the law into their hands. Even if the land of temple was being encroached, they were supposed to follow due course of law.