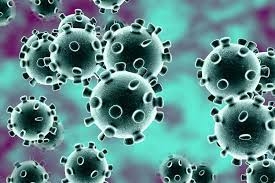 Bhopal (Madhya Pradesh): The COVID-19 tally in Madhya Pradesh rose to 7,95,055 on Tuesday with detection of 594 new cases including 319 fresh cases in Indore and 126 cases in Bhopal.

The death toll increased by one to reach 10,534. According to reports, the active tally in the state rose to 1544.

Two patients admitted in COVID suspected ward have died in Jabalpur. The administration, however, claimed that the reports of both the patients were negative.

Additional Chief Secretary Pashupal JN Kansotia, his wife and his daughter have tested positive in Bhopal. Pashupal attended the cabinet meeting held here on Tuesday. Minister Govind Singh Rajput has tested positive again. Earlier, he was infected in April. Currently, he is Sagar.

Home Minister Narottam Mishra tweeted, "Half of the cases found in Indore are of Omicron and half of Delta variant."

646 cases in four days in Indore

Meanwhile, Datia’s collector and his family along with Union Civil Aviation minister’s PA and doctor too have tested positive for corona.