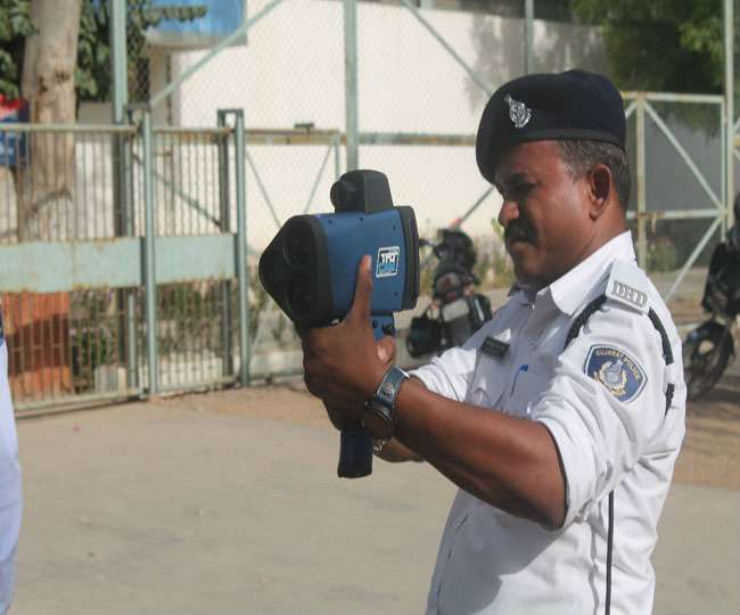 Bhopal: Bhopal police have two laser guns to calculate the speed of the vehicles and check the speed violators, however, these laser devices are safely kept in a safe box, thus defeating their very purpose.

The police personnel in districts have been equipped with laser guns to check the speeding vehicles and traffic violators. However, the big question is whether these high tech devices are being used for the purpose they were purchased for.

DSP (traffic) Sanjay Pawar said that the Bhopal police have two guns, but the gadgets were not put to use because of coronavirus- induced lockdown. The state capital, however, required at least four laser guns to check the speedy vehicles.

Speeding is one of the major factors in most of the motor vehicle fatalities, as per officials. On the intervening night of Saturday and Sunday, a speeding car collided with a truck in Misrod. The fatal accident left four people dead on the spot. On the same night, a speeding car collided head on with the auto rickshaw in Singrauli. Three men and one woman died in the accident.

The ADG, police training and research institute, DC Sagar informed Free Press that 42 laser speed guns were given to districts and in coming days more such devices will be purchased to keep a check on speed violators.

Sources say that Bhopal police and even the personnel at district level do not seem to be keen on using the tech-device, which can prove to be a game changer. Traffic cops man the squares and junctions, however, they are unable to check the speed flouters. Speeding vehicles have resulted in fatal accidents. In 2019, nearly 2630 people were injured in road mishaps in Bhopal, the figure dropped to 1807 in 2020.

Personnel being trained to handle gun

A two-day training session is underway at PTRI to train the police personnel on speed laser gun usage. The gun detects the speed within the range of 15- 200 metres. The device has a camera attached to click the photographs of the speeding vehicle. The powerful camera has a range of 1.5 km.