HomeBhopalBhopal: Soul of India resides in villages, strength is in their land, says Modi

Bhopal: Soul of India resides in villages, strength is in their land, says Modi

Prime Minister Narendra Modi interacts with the beneficiaries of SWAMITVA scheme in Madhya Pradesh, through video conferencing, in New Delhi, on Wednesday |
Follow us on

Bhopal: Prime Minister Narendra Modi said on Wednesday ‘Soul of India resides in the villages and the strength of the villages of India is in their land.” However, he said, “People are not using it (land) for their development. They have to face disputes, fights and many difficulties. Gandhiji had also expressed concern about this situation. It is our responsibility to make improvements in this area.”

PM said this while addressing 1.71 lakh villagers of 3000 villages of 19 districts of MP virtually during the distribution of (Property) rights records under Pradhan Mantri Swamitva Yojna. The PM said, “I am satisfied that the economically weaker people in MP are getting the ownership papers of their land easily. Citizens are being empowered and made self-dependent by giving them ownership rights over inhabited land. I believe that, rights records will be available in all the villages soon in MP.”

The PM said, “When I was CM of Gujarat, I had started work on it (land rights). If right effort is made for any work, then everything is worthwhile. The benefits of Yojana that are apparent today are part of a much bigger campaign in the country. It will financially empower villages. (Property) rights records will be available in all villages of MP soon.” He said people would get freedom from many types of land disputes with the scheme implemented. “So let's know about the real benefits of this scheme. Citizens in any country must have property papers. Public participation can ensure the success of Swamitva Yojana”, he added. 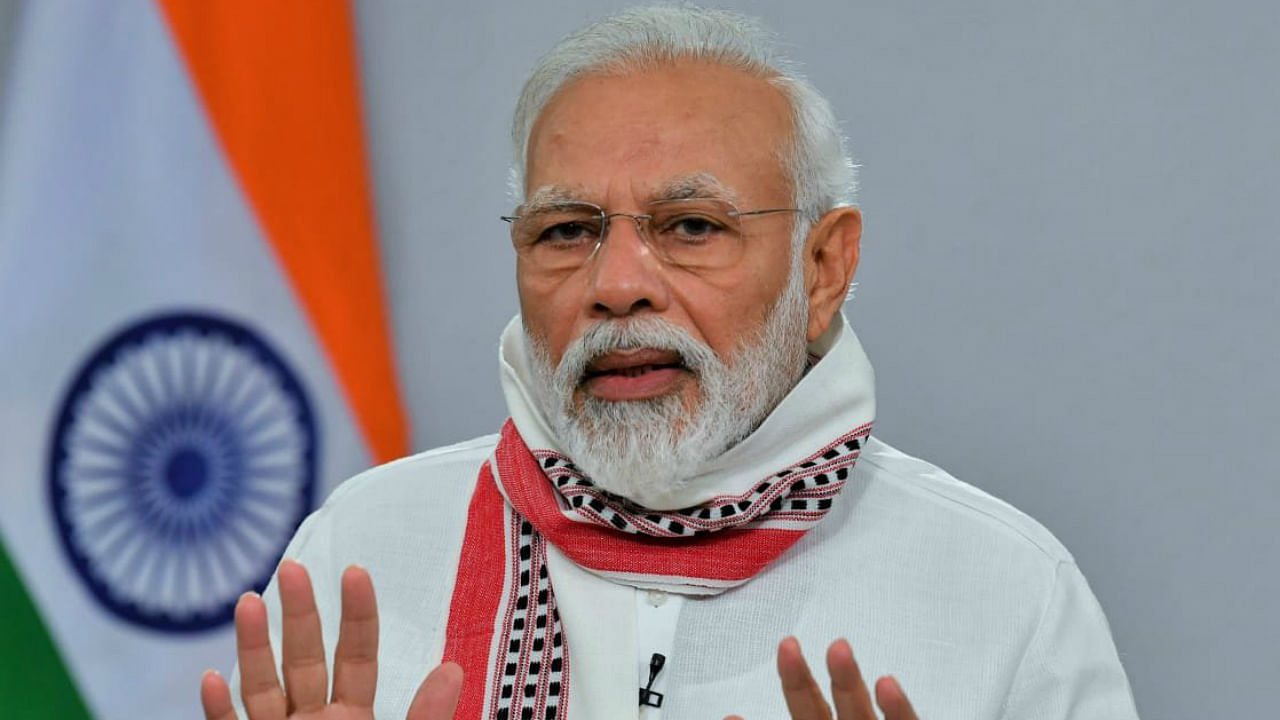 The PM said Kisan Credit Yojana had brought relief to the farmers. The way for more than two crore farmers to get loans without any guarantee from the bank became easier. An amount of about Rs 15 lakh crore had reached through Mudra Yojana. Similarly, about 8 crore women were associated with self-help groups. They had also benefited from Jan Dhan account. Now women self-help groups were getting double the amount in loans. He said there were many difficulties during the Corona period. The farmers of Madhya Pradesh had played an important role in providing free food grains to 80 crore citizens. Ayushman Bharat Yojana had also worked to save women, children and poor from diseases and save their labour.

During interaction with the PM Pawan Kumar, a resident of Hadiya village in Harda district told the Prime Minister that people were surprised when the drone arrived in the village. The villagers named it Chhota Helicopter. Later, they came to know about its usefulness. Prime Minister Modi listened this curiously and asked whether they faced any problem in getting the card. Pawan told that he got the card without any problem.