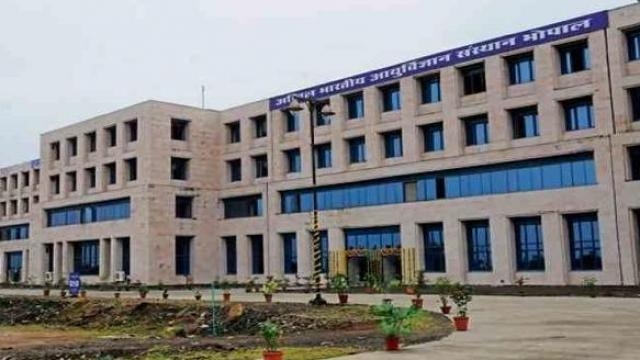 BHOPAL: Two employees of Trio company, have been suspended for their involvement in slips scam at OPD in AIIMS, Bhopal.

AIIMS administration complained the police in Bagsewania police station against three staffs—Jitendra Rathore, Divyansh Gupta and Sushil Dwivedi—for charging Rs1500 for issuing slips at OPD counter in AIIMS. Bagsewania police also said that a complaint has been lodged and police is investigating into matter.

Trio and Isha companies have been outsourced to issue the slips to patients at OPD counters in AIIMS Hospital. Slips are issued after charging Rs 10 but staff of outsources companies used to sell in Rs1500 to patients. These staffs particularly targeted outsiders.

As per the sources, Divyansh Gupta and Sushil Dwivedi have been suspended. Rathore is still working. There are 17 staffs of these companies who are under scanner of AIIMS administration.

These staff used to misguide the BPL patients over their Smagara Identities and then they used to charge Rs1500 at OPD counters without making its entry in original software of Hospital.

Fraud may run into crores of rupees as racket is working for the last three years in AIIMS. Racket had made two software in the system, alleged a source. When they charged Rs1500, they did not make entries in original software of AIIMS. Assistant professor Dr Sunil Chauhan who lodged complaint, refused to make any comment.

DIG Irshad Wali said, “I have told AIIMS administration to make investigation on its own and on the basis of investigation report, police will handle the case. AIIMS lodged a complaint with Bagsewania police. FIR has not been registered so far.”