Take home food material is distributed to children from 6 months to three years of age, pregnant women and adolescent girls from 97,135 Aaganwadi centres in the state.
Staff Reporter 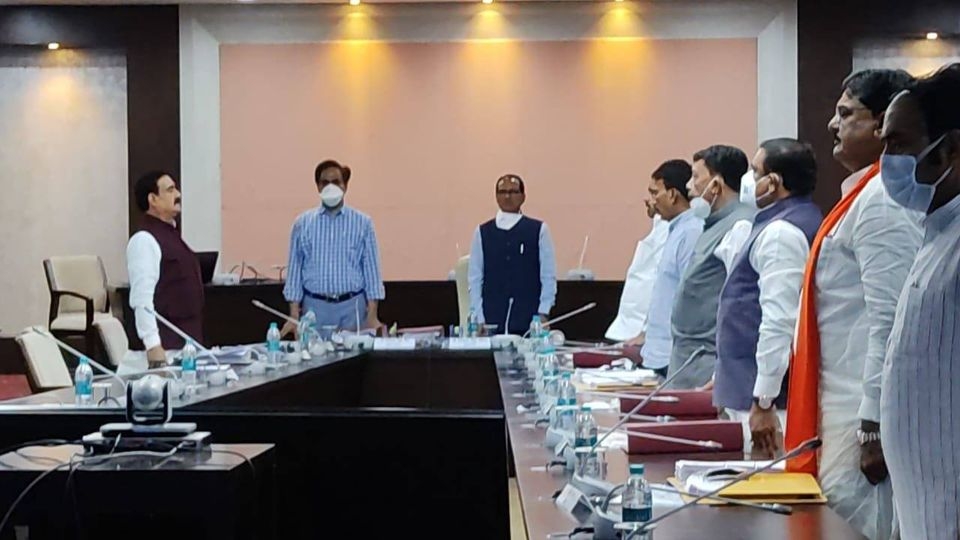 Bhopal: Cabinet meeting organised in the ministry started with the singing of national song Vande Mataram on Tuesday |

Take home food material (ration, THR) is distributed to children from 6 months to three years of age, pregnant women and adolescent girls from 97,135 Aaganwadi centres in the state. Agents used to distribute THR to Aaganwadi centres till 2018. But due to dispute with nutrition suppliers, the government changed the system. Decision was also taken to set up seven plants for production of nutrition supplements.

The plants started production in Dhar, Dewas, Hoshangabad, Sagar, Mandla. Plants in Rewa and Shivpuri were completed in 2020. Then, Kamal Nath government handed over production to MP Agro Industries Limited.

“About 1,000 tons of nutrition supplements are distributed to Aganwadi centres,” Mishra said. He further said that government has decided to collect toll tax for wehich Public Works Department has selected 12 roads. Passenger vehicles have been exempted from toll tax. Toll will be decided on September 1 every year. Contract period will be for five years. To boost economy of the state, PWD has selected 12 roads for toll tax. These roads are where commercial vehicles ply most. The toll tax will be used for maintenance of roads.”

According to Mishra, food department will auction paddy after auction of wheat.