The caller also sent her an unverified link and told her to click it. No sooner had she done that, she found Rs 1.27 lakh deducted from her bank account.
Staff Reporter 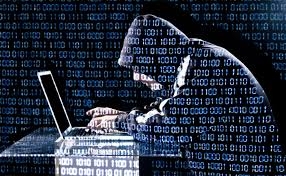 Bhopal (Madhya Pradesh): Vice-principal of a private school in the state capital Arti Khillan has fallen into the trap of a cyber trickster and lost Rs 1.27 lakh.

Khillan lodged a complaint at the Shahpura police station on Tuesday night that she received a call from an unidentified person that she had won a reward.

The caller also sent her an unverified link and told her to click it. No sooner had she clicked the link than she lost a sum of Rs 1.27 lakh from her bank account.

Khillan told police that she had received the call on July 17 this year, but, initially, she avoided it. The unidentified man, however, constantly pestered her over phone.

When she clicked the link after filing the details, she found that a sum of Rs 43,000 was deducted from her account.

Nevertheless, when she contacted her bank, the officials informed her that an amount of Rs 1.27 lakh was deducted.

She discussed the matter with her family and lodged a complaint at the police station on Tuesday night.

The Shahpura police registered a case and initiated a probe into the incident.