Bhopal: Sanitation workers in a fix; MPHRC pulls up BMC commissioner over lack of safety equipment

Bhopal (Madhya Pradesh): The Madhya Pradesh Human Rights Commission (MPHRC) has asked the Bhopal municipal commissioner ‘why the sanitation workers who collect garbage in the city are not having hand gloves and footwear’. The commission has asked the officer to reply in a month's time, the officials said on Saturday.

The commission has taken cognisance on two cases and have served notices to them to present their reply in the given time. Because of similar names a tribal man was sent to jail by Raisen police.

The commission has asked the commissioner that as many as 5k sanitation workers collect more than 650 ton garbage from houses around the city. But these workers are not provided with any safety gear. In the rainy season, they are seen collecting garbage without raincoats.

The commission stated that the workers of Indore are getting the facilities, but the BMC workers are not. Why?

The officials of the BMC claim that the amount meant for footwear and hand gloves has been added to the salary of the workers and raincoats were given last year. The commission asked who is going to ensure the usage of safety gears for the workers and found that the authorities are shoddy in their work.

In another case, an innocent tribal man was kept in jail for 50 days by Raisen police.

The commission had received a complaint in which the family members alleged that their son Santosh Bheel was arrested by sub-inspector Deepak Verma posted in Sultanpur police station.

The police got confused with the same name and arrested Santosh, Later when the police came to know about the truth, he was released from jail.

The commission has asked to pay the amount of Rs 2 lakh to the victim within two months and also suggested to the government that they can take the amount from the government servants because of their negligence. 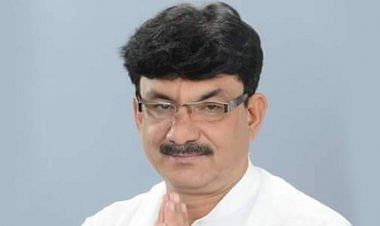 HomeBhopalBhopal: Sanitation workers in a fix; MPHRC pulls up BMC commissioner over lack of safety equipment