The police arrested the accused driver, Ayaz Khan (32). He was in inebriated state during the incident.
Staff Reporter 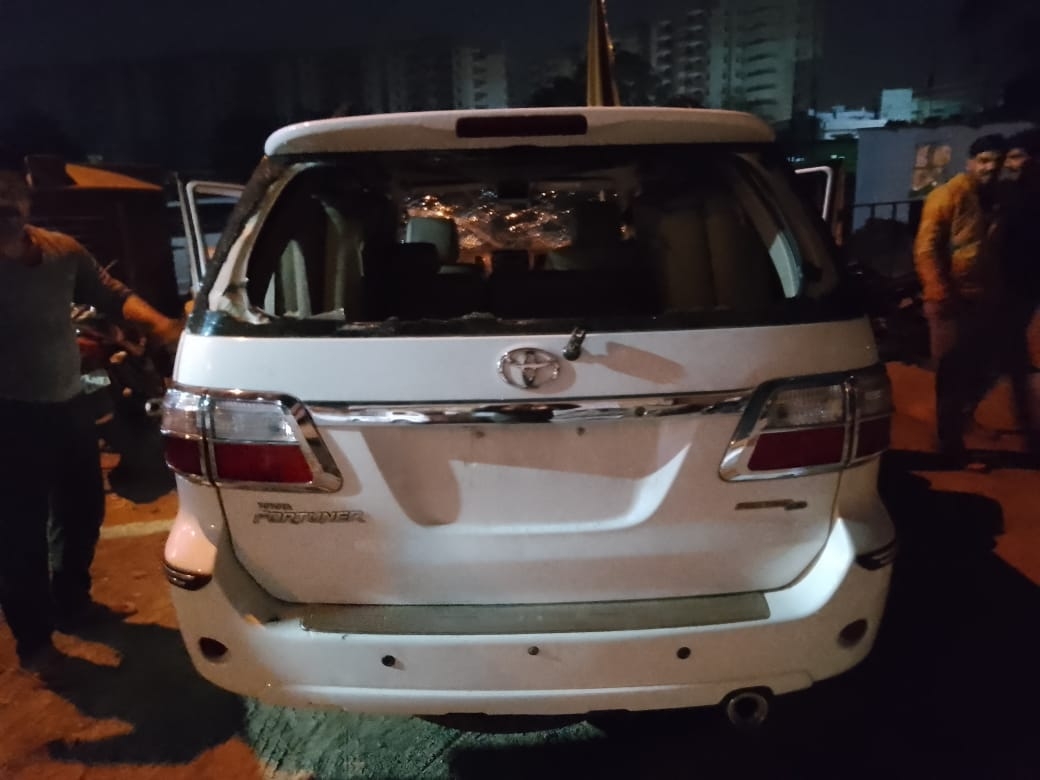 The fortuner also hit four other vehicles in which four persons including a girl sustained injuries. Later, the police arrested the accused driver, Ayaz Khan (32). He was in inebriated condition during the time of incident.

The driver of ACP’s car, Constable Deepak Janoriya said that he was returning to the control room after dropping the Assistant Commissioner of Police (ACP) at his residence. On the way to the black fortuner arrived from the wrong side and hit his vehicle at Shabban crossing. No sooner had he tried to catch the vehicle, he escaped from the spot.

On getting the information about the incident on wireless, Hanumanganj police, Jahangirabad police, and Aishbagh police started searching to nab the accused driver. The accused driver hit other vehicles at Jinshi, Pool Bogad and Aishbagh. The local people here caught the driver, beat him up and handed over to the police.

According to the investigating officer Vinod Shukla, the SUV was of Maharashtra and it was registered on the name of a woman. The woman lived in Maharashtra itself and it was yet to be known how the accused got the vehicle.

An FIR has been registered against the accused in Jahangirabad and Aishbagh police station by three different people, Shukla added.