Bhopal: Rakhsha Bandhan with a difference and with a meaning

There were instances where the people of Madhya Pradesh showed how love can be celebrated at any place and in any form.
ANKITA ANAND 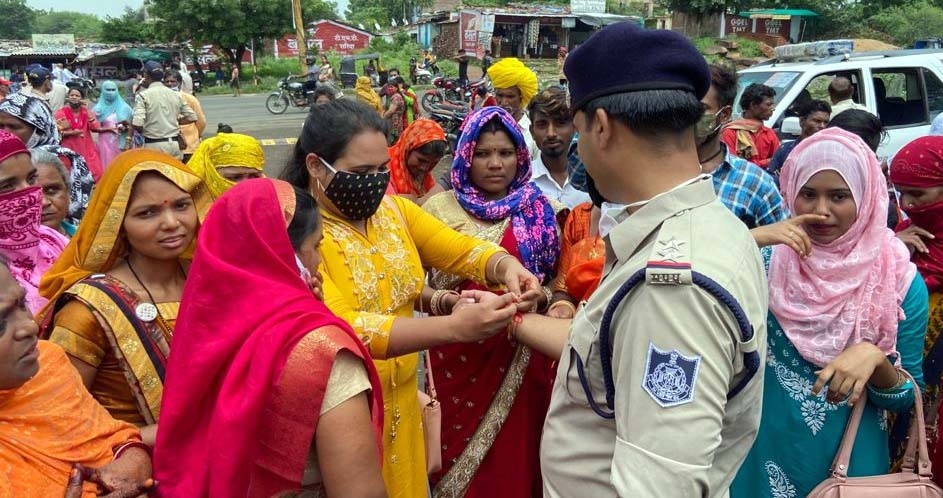 Bhopal: Raksha Bandhan is not a festival meant only for brothers and sisters. It is the day of love and a promise of safety. There were instances where the people of Madhya Pradesh showed how love can be celebrated at any place and in any form. Here are some of the exceptional stories of Raksha Bandhan from across the state.

A promise of safety as we walk past bridges

A group of youths in Vidisha tied rakhi threads on the railway tracks and railway bridges on the occasion of Raksha Bandhan on Sunday. The 11-year-old tradition was set off by late Deepak Sahu, a member of the Shiv Sadhana Gauseva Raksha Sameeti, and is still being followed.

The head of the committee, Rakesh Chourasia, said, ‘Our sisters tie rakhis on our wrists to take the promise that we’ll protect them. But, here we’re tying rakhis (traditional Rakshasutras) on these structures sharing a mutual promise to keep each other safe.

‘Hundreds of people walk or drive over these bridges and roads and our safety is in the hands of those who have constructed these structures. The tradition is a way of showing how important they are in making our lives easy,’ he added. 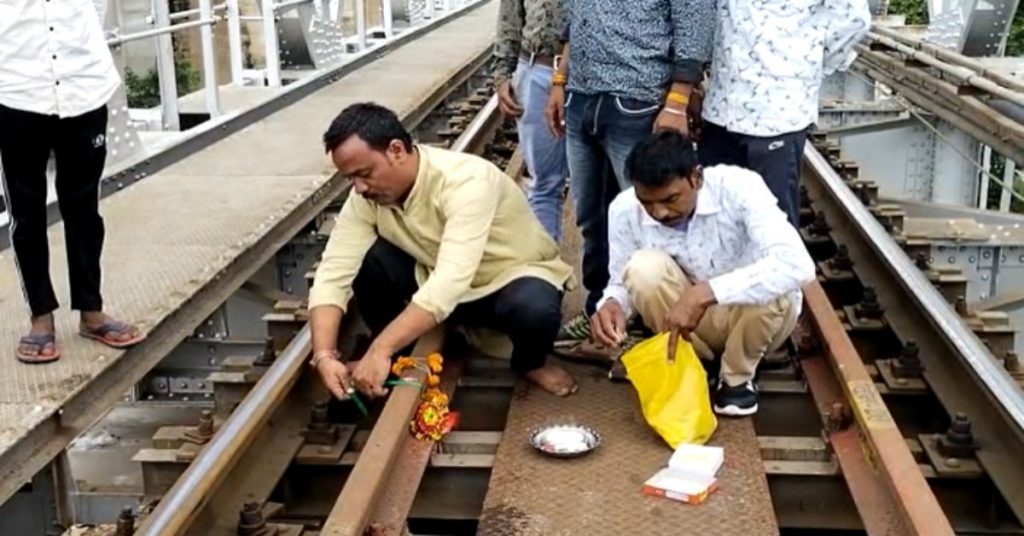 Constable who became sister to everyone’s at cop station

The officials and staff of Hazira police station in Gwalior could not go to their homes on Raksha Bandhan to celebrate the festival with their brothers and sisters as they were on duty.

Although the officials said duty comes first, in hindsight, they knew what was missing. So, the only female constable at the police station, Sapna Chouhan, decided to make the occasion a time together worth remembering.

Sapna says, ‘I couldn’t go home to tie rakhi on my brother’s wrist. I knew all my colleagues were missing home, too. So, I went to the market and bought some rakhis and sweets. I came to the police station and everyone got so happy and emotional. I felt so elated when I could see all the wrists at the police station with colourful rakhis on the occasion. I’m a sister myself and I can’t let my brothers miss the feeling even if they’re away from home.’

Sapna began with tying a rakhi on the wrist of assistant sub-inspector Shailendra Singh Chouhan. She put a chandantika on his forehead, too.

Chouhan said, ‘I can never forget this rakhi. There hasn’t been one time when I haven’t visited my sister on Raksha Bandhan. I was missing her a lot. Sapna filled that emptiness on such a pious day.’ 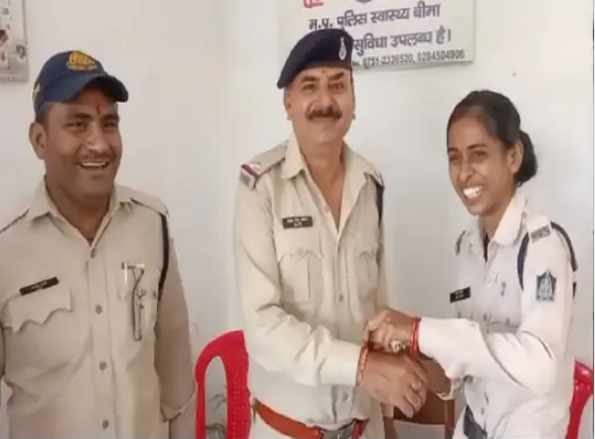 Sisters who vowed to protect the newborn

Nurses in Damoh portrayed an exceptional picture of the festival of Rakhi on Sunday by tying the thread of promise on the wrist of a cast-off newborn who was spotted on the streets by the police officials.

On August 16, a constable found the baby on the streets while on patrol. He admitted the baby to the hospital where it was undergoing treatment. The nurses at the hospital have been taking care of the baby since then. On the occasion of Raksha Bandhan, the nurses tied a rakhi on his wrist and promised to keep him safe forever.

One of the nurses said, ‘It was disheartening that someone had left such a small baby on the streets. When he came to us, we were in tears. Today, we all wanted to make him the promise of keeping him safe from all adversities. We know that brothers make such promises to their sisters, but it doesn’t matter. We’ve made a promise and we’ll keep it.’ 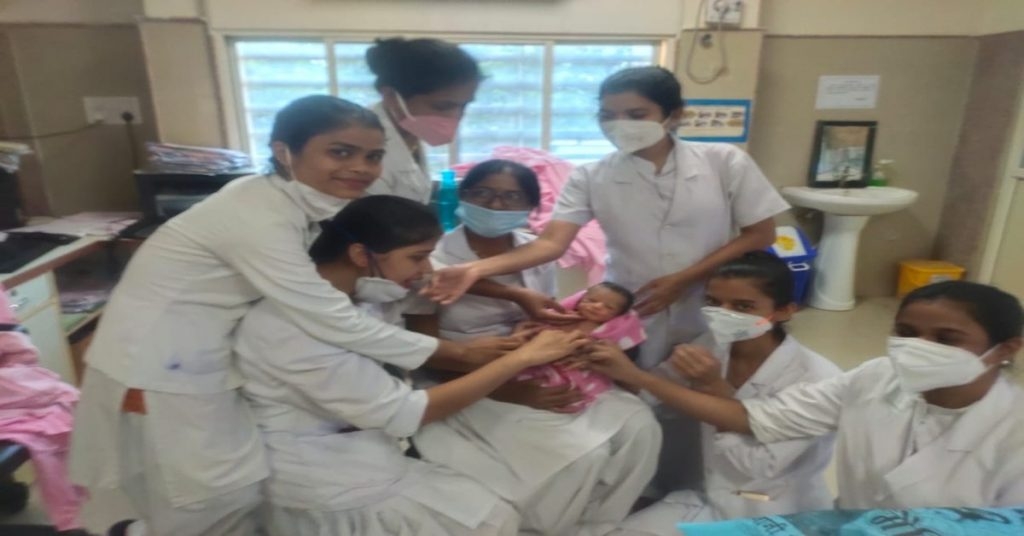 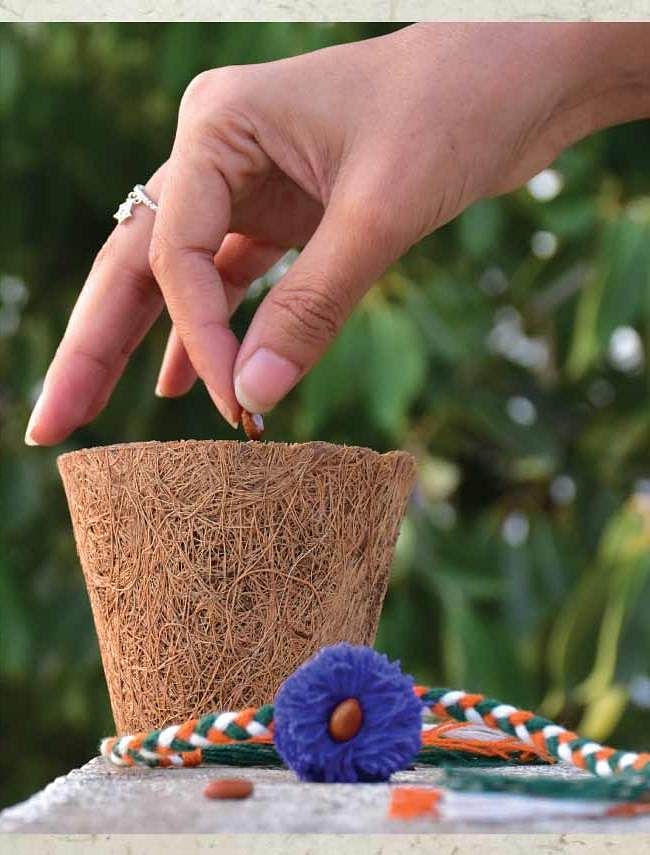 Bhopal: This Rakshabandhan, a thread of love that sprouts to life after their time on the wrist is...