Now on, passengers will only have to alight through the front door once an aerobridge is docked to the aircraft.
Staff Reporter 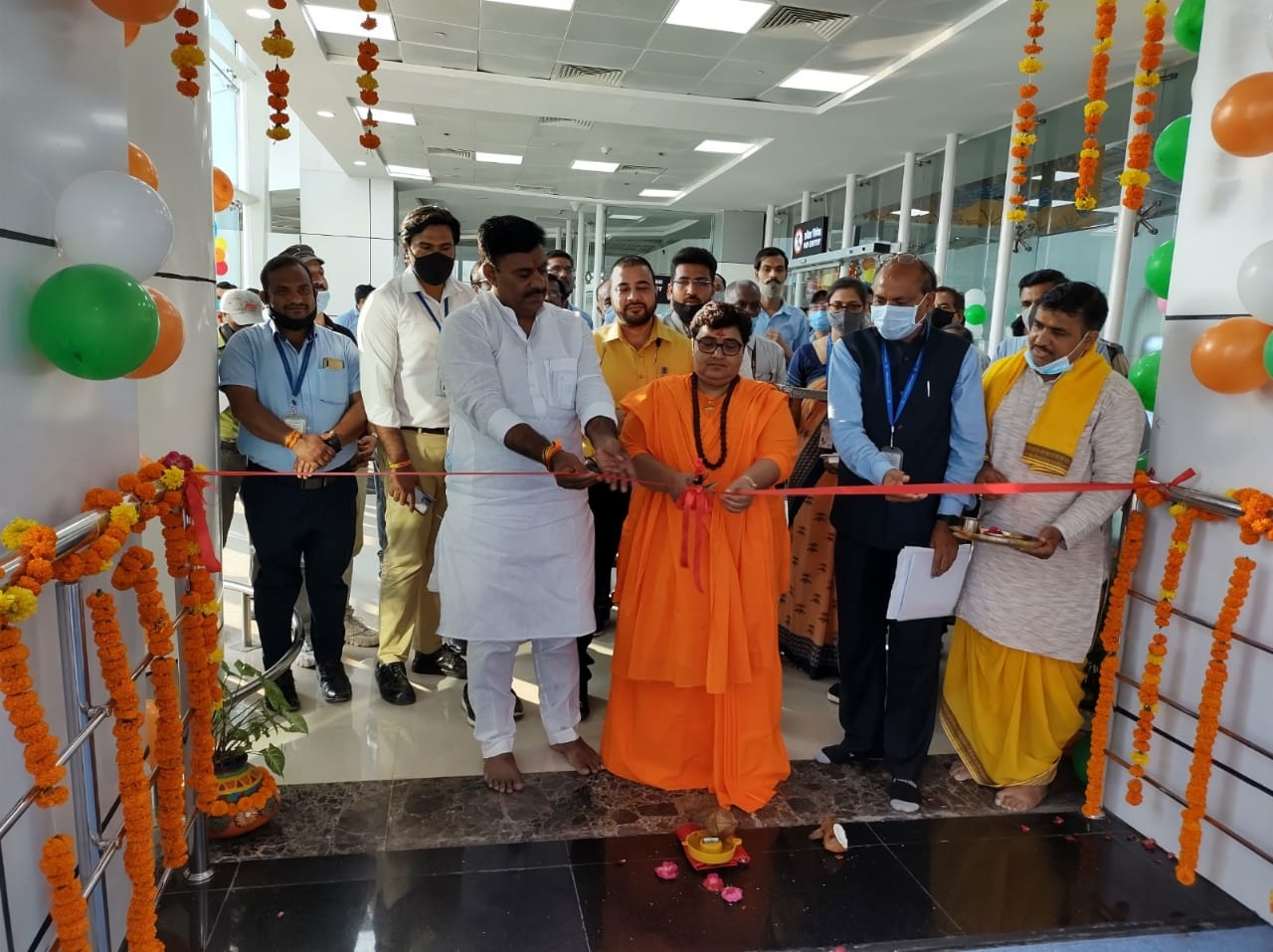 Lok Sabha MP Sadhvi Pragya Thakur inaugurated the new aerobridge which has been built at an outlay of Rs 8 crore. | FP

BHOPAL: While two are already functional, Raja Bhoj Airport got third aerobridge on Thursday even as development of fourth one is currently underway.

Lok Sabha MP Sadhvi Pragya Thakur inaugurated the new aerobridge which has been built at an outlay of Rs 8 crore.

Civil Aviation Ministry has already instructed airlines seeking to improve their turnaround time by allowing some passengers to exit through the rear gate using a step ladder, when aerobridge facility was available from the front.

Now on, passengers will only have to alight through the front door once an aerobridge is docked to the aircraft. Passengers alighting from the rear side usually had to take an airport coach or walk longer, something passengers always complained about and the Air Passengers Association of India had pointed out this in its newsletter.

According to Civil ministry’s circular, airlines should be using aerobridges more than they have been doing at airports where these are available. “It has been observed by senior Airports Authority of India officials that airport aircraft parking stands having passenger boarding bridges are not being utilized fully. The non-usage of passenger boarding bridges is causing inconvenience to passengers,” it read. The circular further said that it had come to the notice of AAI, that when aircraft is parked in an aircraft parking stand with passengers, airlines were disembarking passengers from aerobridges bridges as well as from the rear gates of aircraft through step ladders.

Aerobridges are permanently attached at one end by a pivot to the airport terminal building an have the ability to swing left or right, to be raised or lowered an extended or retracted in order to accommodate aircrafts of different sizes and contours. The smooth movement of the aerobridge greatly depends on the linearity and repeatability of the feedback sensors. Bhopal: Ex-soldier slaps nurse, gets beaten up with shoes in Bhind