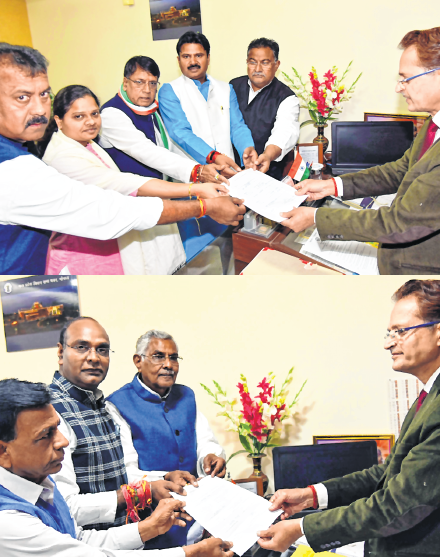 Bhopal: BJP and Congress are on a confrontational path over deputy speaker’s post following commotion during Speaker’s election. Breaking away with the tradition of giving deputy speaker’s post to the Opposition on Wednesday allowed Lanjhi MLA Hina Kanwre to file nomination against BJP’s Malhargarh MLA Jagdish Devra.

Election would be held if consensus eludes both parties on Thursday. Earlier, after a meeting of working advisory committee, BJP leaders asked Chief Minister Kamal Nath to give the post of deputy speaker to the opposition. However, Nath expressed his inability and said that the BJP broke the rule by fielding candidate for the post of Speaker.

He further said that as the issue has reached Congress national president, any decision in this regard would be taken only after consultation with Rahul Gandhi. Senior BJP and Congress leaders are of the opinion that the chief minister is keen to give the post of deputy speaker to the BJP. However, former CM Digvijaya Singh is averse to the idea. He wants a party leader on the post. Interestingly, during his tenure as CM, Singh had given the post to the BJP.

Hina Kanwre is two time MLA. Her father, former minister Likhiram Kanwre, was killed by Naxalites. BJP’s candidate Devra is six-time MLA. After playing tribal card on Speaker’s post, the BJP has now fielded Devra, who belongs to SC category for the post of deputy speaker. With NP Prajapati garnering 120 votes during Speaker’s election it is quite evident that Kanwre too would win in case of voting.