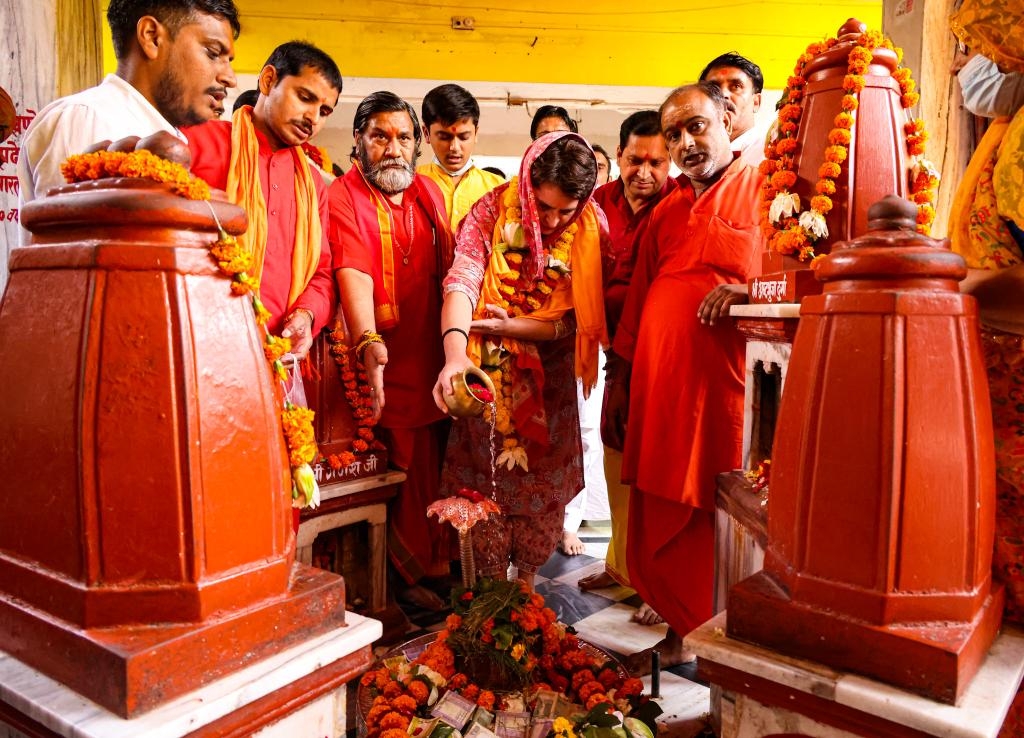 Bhopal: Months ahead of state legislative assembly elections in Uttar Pradesh, the Congress general secretary incharge of Uttar Pradesh Priyanka Gandhi Vadra visited Datia on Friday to offer prayers at Shri Peetambara Peeth, as per MPCC. The MPCC posted a photograph of Priyanka Gandhi offering prayers at the temple on its Twitter account. Priyanka landed in Datia by a special plane where was given warm welcome by Congress leaders and workers in the district. “Priyanka Gandhi ji had a glimpse of Ma Peetambara: Congress general secretary Priyanka Gandhi ji reached Ma Peetambara Peeth in Datia where she performed ‘poojan-archan’ and wished progress and happiness of people in the state and the country. Jai Mada Di,” MPCC tweeted.

Priyanka was arrested by UP police early this month while she was trying to visit families of farmers who were mowed down by an SUV owned by son of a union minister in Lakhimpur Kheri. She was in Lalitpur in Uttar Pradesh to attend a programme when she decided to visit renowned temple in Madhya Pradesh, said a Congress leader. A heavy police force was deployed in Datia on her arrival. Before leaving for Lucknow, Priyanka Gandhi interacted with party workers and villagers. The Congress leaders complained to her about being victimised by police and administration. On this, she assured to take up the matter.