Bhopal: Over 100 booked, 9 held in stone-pelting clashes in Madhya Pradesh

The violence had erupted in Dhar, Jabalpur and Barwani districts of the state during religious processions taken out on the occasion of Eid Milad-un-Nabi on Tuesday.
Staff Reporter 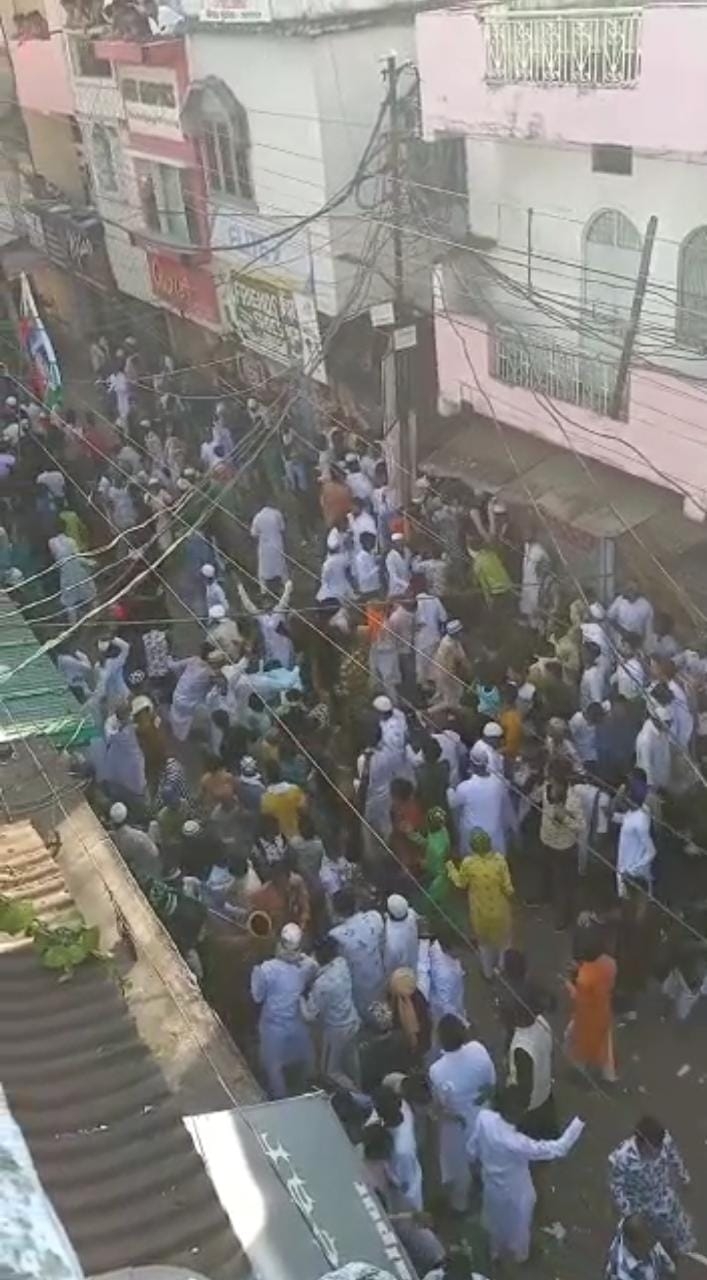 Bhopal (Madhya Pradesh): Home Minister Narottam Mishra has said that over 100 people have been booked in connection with violence.

The violence had erupted in Dhar, Jabalpur and Barwani districts of the state during religious processions taken out on the occasion of Eid Milad-un-Nabi on Tuesday.

Talking to journalists here on Wednesday, Mishra said four persons were arrested and five were detained, so far, in connection with the violences.

He added that anybody making a malicious attempt to disturb the peace in Madhya Pradesh would face strict action.

In Dhar city, there was a ruckus on Tuesday after members of a procession, held on the occasion of Milad-un-Nabi, deviated from the permitted route. While eyewitnesses had claimed that mild force was used to disperse people after a dispute over the route, the police denied using lathi-charge at the gathering.

In Rajpur town of Barwani, some people including a police official were injured in stone-pelting following a dispute over an `objectionable' song being played during a religious procession, officials said.

In Jabalpur, police used lathi-charge and lobbed teargas shells after some persons threw firecrackers and stones at them while gathering for prayers to mark Milad-un-Nabi, they said.

Asked about Tuesday's incidents, Mishra said, "The situation is under control in Dhar, Barwani and Jabalpur. Four persons were arrested and 85 named in different FIRs registered by police in Dhar. Besides, five people were detained in Jabalpur and 24 named in an FIR registered there." The police are on alert and monitoring the situation, he added.