Bhopal: Hockey player and Olympics bronze medallist Vivek Sagar Prasad left for Bengaluru on Sunday to take part in Junior World Cup camp. As he is 21 years of age, he is eligible to take part in the junior hockey world cup camp.

Sagar took charge as deputy superintendent of police at police headquarters in presence of DIG Irshad Wali, other senior officials, his brother Vidhya Sagar and his family and friends on Saturday. He reached the headquarters in khaki uniform where he was given one star on his shoulder. He will receive the rest of two stars after finishing two-year probation period.

“I felt a sense of responsibility while signing papers as DSP. I have respect for police force since my childhood as I've lived beside ordinance factory all my life in Chandoun,” Sagar told Free Press. After taking charge, Vivek left for Bengaluru from Bhopal.

Chief minister Shivraj Singh Chouhan had announced to appoint Itarsi's Vivek Sagar Prasad a DSP during his felicitation function at Minto Hall on August 12. He will be called for training at MP Police Training Academy, Bhauri, Bhopal.

Junior Hockey World Cup 2021 will be held in Odisha from November 24. Before the tournament, the Indian team's camp has been set up in Bengaluru. 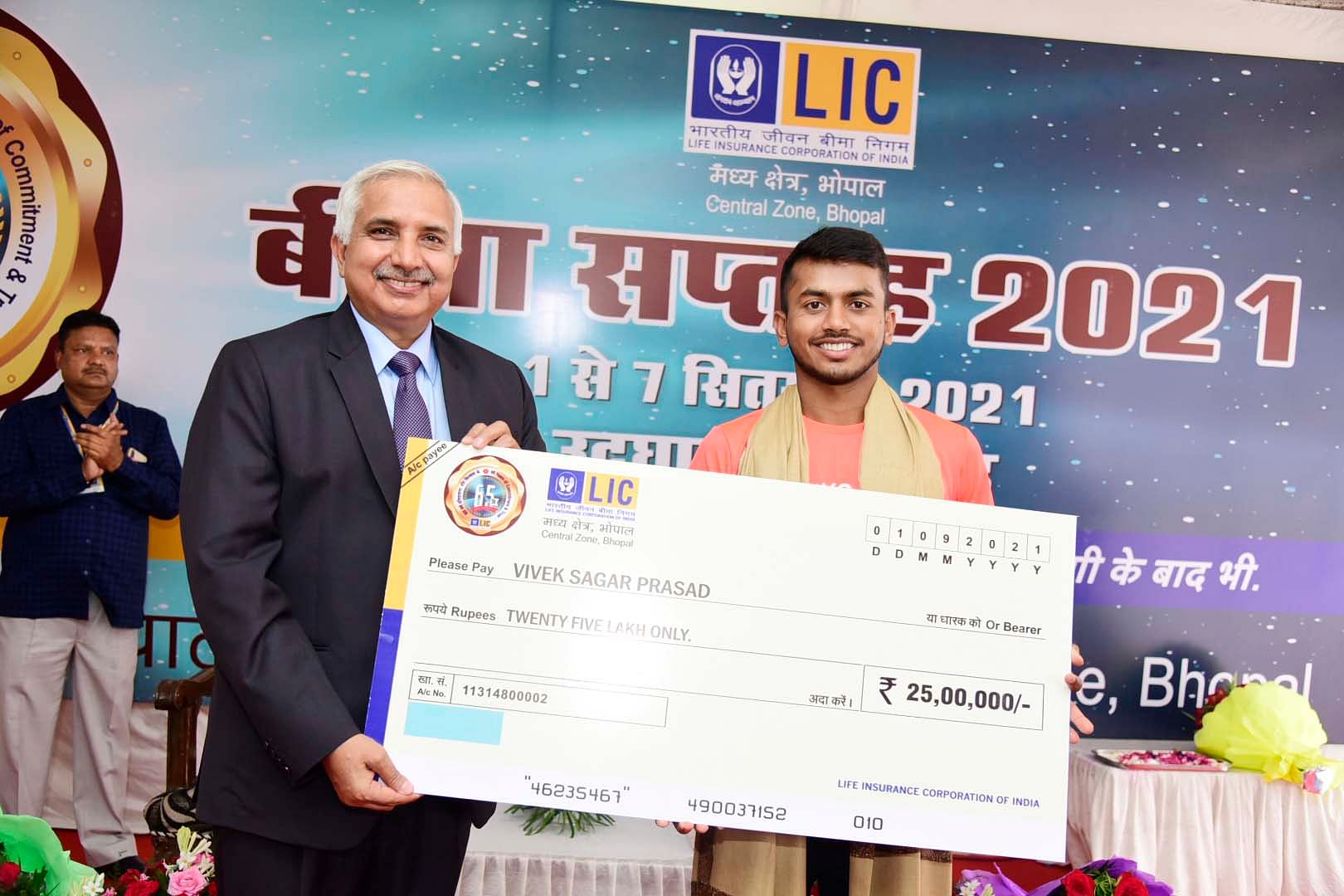