Bhopal collector apprised chief minister of the fact that Badshah Baig, the criminal who attacked a woman with a paper cutter, had been booked under NSA.

He was talking to Bhopal district collector Avinash Lavania and additional police commissioner Sachin Atulkar regarding the action taken against criminals after planting a sapling at Smart Park in the city.

CM directed the officials to control crime and make it as their top priority.

“There should be a regular review of identified crimes as well as crimes against women. Criminals make children addicts and set them on the path of lawlessness. In a recent incident, a notorious miscreant engaged two teenagers to commit crime. Such people should never be spared,” he said.

Bhopal collector apprised chief minister of the fact that Badshah Baig, the criminal who attacked a woman with a paper cutter, had been booked under NSA.

Notably, the CM visited the house of the woman and appreciated her courage. She received 118 stitches on her face after the attack, which took place when she resisted lewd remarks against her.

The accused was arrested later and at the instance of the district administration. His illegal construction was bulldozed. He was later found to be involved in more than 3 dozen crimes. Chief minister directed police commissioner to take effective steps in checking such crimes in state capital. 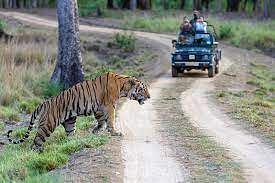