Bhopal: NHAI engineers & contractors to be booked over poor construction

Blocks of retaining wall of structure falling off in rain.Flyover to be kept closed for three months
Staff Reporter 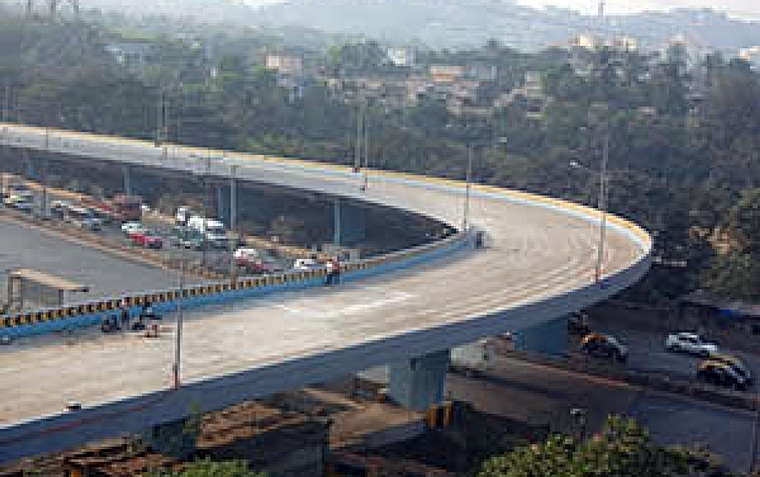 BHOPAL: State government will file a police complaint seeking FIR against National Highway Authority of India (NHAI) engineers and contractors over poor construction of Airport flyover, the blocks of retaining wall of which have started falling off after the first spell of rains.

While Airport flyover will be closed for three months—whole rainy season— for traffic as after rainy season it will possible for repairing with bitumen coating.

However, National Highway Authority of India (NHAI) engineer has claimed that as such traffic is not banned on flyover. In the lack of bitumen coating, raining percolated resulting in falling of blocks of Retaining Wall of flyover. Currently, flyover has been closed for traffic. Flyover is closed for traffic for the last two –three days.

Public Relations minister PC Sharma raised questions over the quality of construction of Airport flyover where the blocks of Retaining Wall (RE-Wall) were damaged even with a spell of excessive rain. Today, minister visited there to take the stock of flyover.

Minister said, “Construction quality is poor and this is reason, blocks of the RE-wall are falling. It may cause accidents. However, flyover has been closed or blocked for vehicular traffic but it is serious matter. There is need for extensive probe regarding poor quality of constructions. State government will lodge FIR against NHAI engineers and contractors.