Bhopal: NBA protest Day 5: CM talks of gaushalas but does nothing for cattle around dam

Numbers of cattle including cow, buffaloes, and goats are decreasing drastically in that region owing to shortage of fodder and pasture land.
Staff Reporter 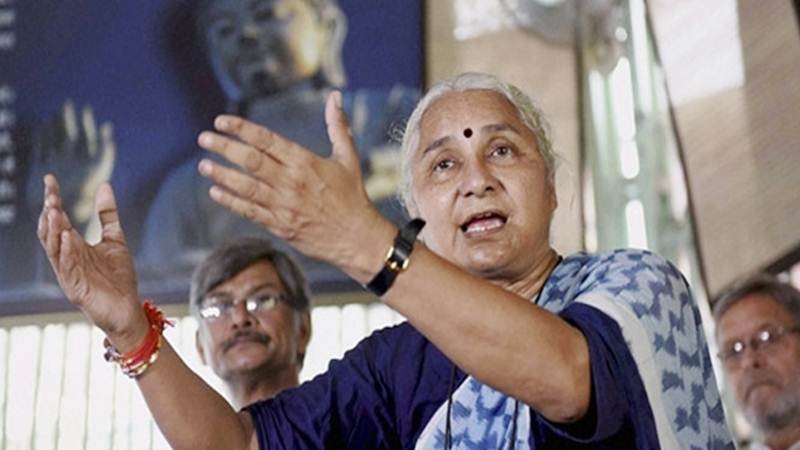 BHOPAL: The Narmada Bachao Andolan (NBA) entered its fifth day amid dialogue between the activists and government officials on Wednesday.

“We are having positive discussions with the government authorities. Government that talks of making Gaushalas (cowshed) and cow protection is not taking any care of the cattle in Sardar Sarovar affected areas,” said convener of NBA, Medha Patkar.

Numbers of cattle including cow, buffaloes, and goats are decreasing drastically in that region owing to shortage of fodder and pasture land. Large numbers of land that has not been acquired by the government but has been submerged but such farmers are not eligible for compensation, said Patkar.

Government needs to take of such farmers also. Moreover, state government should immediately resume supply of food and fodder that it had been doing till October 31. Boatmen’s pending payments should be released immediately.

The backwater level decided by government was done in 1984 and hasn’t been revised since then. There is an urgent need to revise the backwater level so that CM could raise it in the meeting of high level committee of the chief ministers.

NBA convener Medha Patkar demanded that action should be taken on Jha Commission’s report that is pending in the state assembly. “Names of scores of officials found guilty of corruption in rehabilitation cases are mentioned in this report. They should be punished immediately to send a message to others,” said Patkar.

“CM should come out strong in helping the displaced and take bold decision to provide relief to people of his state and fulfill his election manifesto,” she added.

NBA activists took out a mashaal rally (Torch Rally) in the evening indicating mounting unrest among the protestors.