Blaming her stars, the woman had also scribbled on her palm ‘Mera mangal meri jaan le lega ( My zodiac Mars will get me killed)’

Bhopal(Madhya Pradesh): Woman teacher posted in government school hangs herself to death at her house in Chhola area. The 37-year-old teacher, identified as Indu Sahu, left a small note on her husband’s photograph ‘Mai bewafa nahi hu (I am not unfaithful)’, said police here on Thursday.

Blaming her stars, the woman also scribbled on her palm ‘Mera mangal meri jaan le lega ( My zodiac Mars will get me killed)’

Police station in-charge told media that Indu, a native of Gairatganj, was the music teacher at a government school and was married to Subash Sahu of Bhopal around three years ago.

The woman’s in-laws told police that on Thursday, we came to know around 1.30 pm that she has committed suicide. One of the family member had gone into her room and found her handing from the ceiling fan, they told police. During investigation, police found three notes- the one on the back of the photograph of her husband and two others on her palm. On her palm, she had written seeking apology from her parents and brother for her taking the extreme step. In the other note written on her palm, she had blamed the stars for her death.

However, Indu’s parents and her kin have pointed fingers at her husband and in-laws alleging that they used to harass her. They said that her husband used to suspect that she was having an extra marital affair, but Indu tried hard to convince the family that she was faithful to her husband, but in vain. Police have registered a case and started investigations. 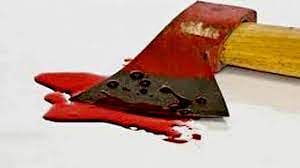