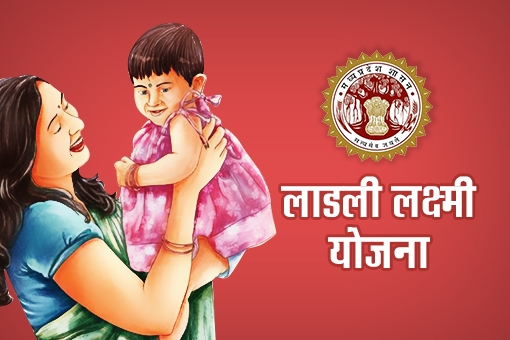 Bhopal (Madhya Pradesh): Notwithstanding the state government's claims that its flagship scheme - Ladli Laxmi Yojna - has improved the status of girl children, figures tell a different story. According to SRS (Sample Registration System) data published last month, the female infant mortality rate (IMR) in the state is 43, the highest in the country.

A high female IMR is the outcome of bias against the girl child in society. In MP, data shows, 43 of every 1,000 girls do not survive till their first birthday. This is the highest among all states and Union Territories. In comparison, female IMR is 33, 42 and 38 in Bihar, UP and Odisha respectively. All the above three are considered backward states.

The Ladli Laxmi Yojana was launched by the state government in April 2007. According to the official website of the scheme, it has three main objectives: Developing a positive mindset with regard to birth of a girl child, improving sex ratio and bettering health and educational status of the girls.So far, around 39 lakh girls have been registered under the scheme. Earlier this month, Chief Minister Shivraj Singh Chauhan launched version 2.0 of the scheme under which an additional Rs 25,000 would be given to the Ladli Laxmis on taking admission in colleges.

The sex ratio at birth (which is the best measure of preference for male child) in the state, instead of improving, has fallen over the years. It fell from 927 in 2012 to 925 in 2018 (SRS 2018). In this period, several states, including Punjab, Odisha, Maharashtra and UP have managed to improve their sex ratio at birth. A low sex ratio at birth clearly points at sex-specific abortions, say experts. The dropout rate for girls in MP at the secondary (classes 9-10) level is 21.8, which is way above the national average of 15.1. Among major states, only Bihar and Odisha are worse off than Madhya Pradesh in this respect.