Concern raised over exclusion of Narmada

National River Conservation Project is an ambitious scheme for the conservation of rivers in country in which 38 rivers of 16 states have been included.

Meanwhile, Nagrik Upbhokta Manch has expressed concern over exclusion major rivers like Narmada under the project.

The organisation members have expressed mailed a letter to Prime Minister Narendra Modi and Central Pollution Control Board, demanding inclusion of Narmada river in the project.

Manch convener Manish Sharma told Free Press that the central government had identified 21 rivers of Madhya Pradesh but finally three rivers were chosen as most polluted in Madhya Pradesh.

Important schemes like construction, construction of crematorium, tree plantation, schemes to prevent waste of cities, afforestation and biodiversity conservation etc are being implemented.

About a dozen petitions are pending in Supreme Court and National Green Tribunal, Bhopal, for conservation of other rivers. 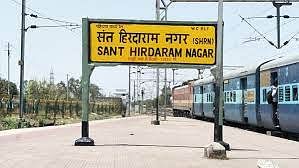