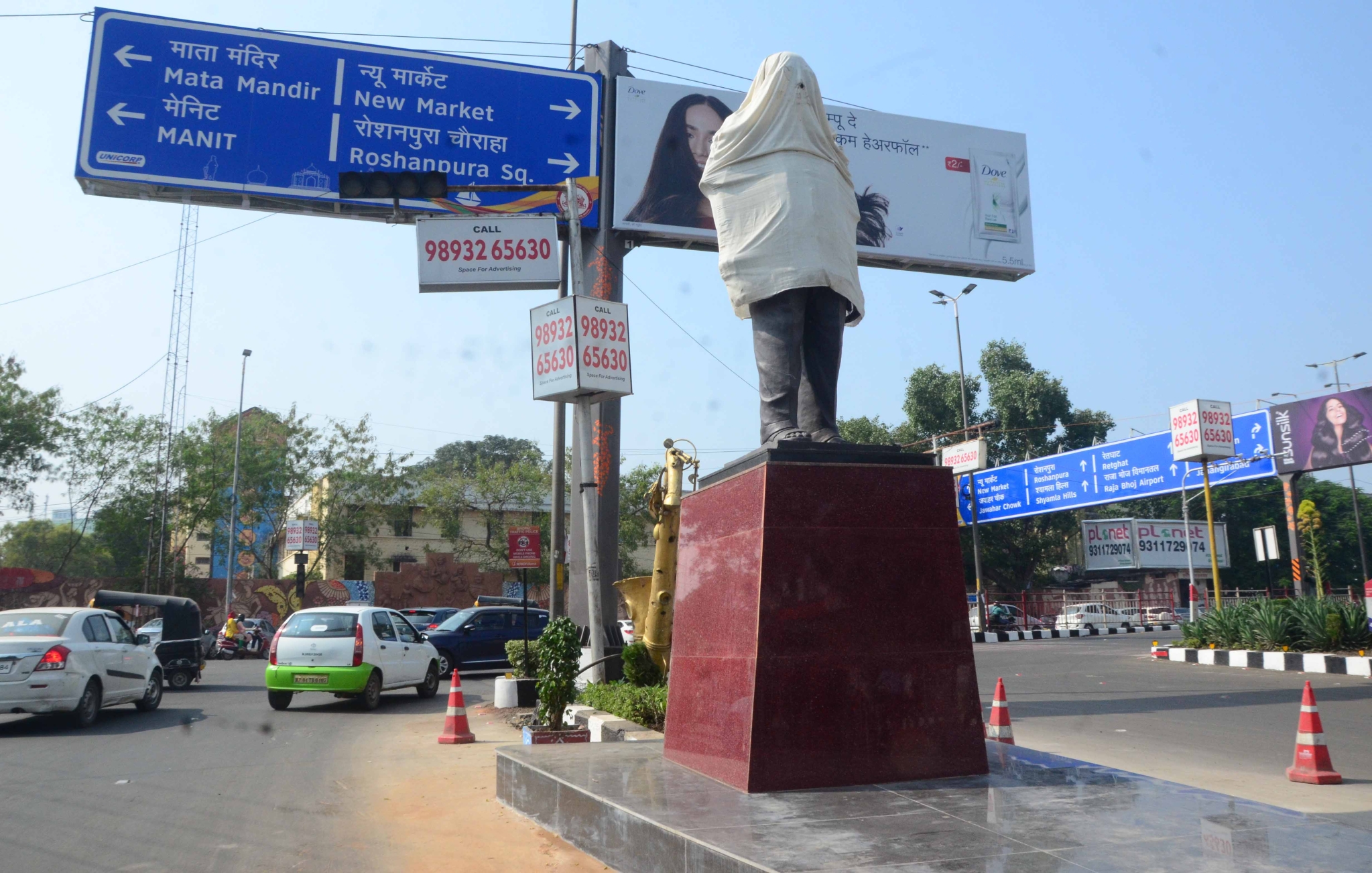 BHOPAL: Members of Mayor-in-Council (MiC) are displeased with commissioner of Bhopal Municipal Corporation (BMC) for overlooking their proposal to install statue of former chief minister Arjun Singh near Vyapam square, in front of State Congress office. The members and Mayor Alok Sharma handed over a memorandum to divisional commissioner Kalpana Shrivastav urging her to take note of the same. A controversy has erupted over installation of a life-sized statue of Congress veteran at a busy Roshanpura where the bust of freedom fighter Chandra Shekhar Azad had existed earlier. The civic body had removed Azad’s bust to improve traffic condition at the busy trisection and widening a road. However, now on the very spot, the statue of the former CM has been installed, which is yet to be unveiled.

The MiC has taken objection over installing statue at the Roshanpura and demanded its shifting to square near Vyapam square, near the PCC office.

Even the traffic department and district administration are against installing the statue at Roshanpura. MIC member Shankar Makoriya said that the earlier the bust of Chandra Shekhar Ajad was shifted for widening of road and for improving traffic condition. Now, the same spot a statue of political person has been installed and over that we had raised an objection, however, the commissioner overlooked it, he said. Kewal Mishra, another MiC member said, the commissioner is issuing orders without seeking permission from the council. This is against the rules of BMC and objecting the same we have handed over a memorandum to the divisional commissioner seeking her intervention, he added.