They secretly brought this stock of IMFL to Bhopal two days ago, he said, adding that since June 25, it was their sixth consignment that they brought to the Madhya Pradesh capital.

Bhopal (Madhya Pradesh): Three men have been arrested for allegedly smuggling Indian-made foreign liquor (IMFL) in large quantity from Delhi to Bhopal by booking a parcel bogie in a superfast train after showing it as a consignment of medicine, police said on Friday.

The accused were arrested on Wednesday after they were found illegally bringing 350 litres of IMFL, worth Rs 5.50 lakh, by booking the parcel bogie of Shaan-e-Bhopal Express after paying Rs 90,000 fees, Bhopal crime branch's Additional Superintendent of Police Gopal Dhakad told PTI.

They secretly brought this stock of IMFL to Bhopal two days ago, he said, adding that since June 25, it was their sixth consignment that they brought to the Madhya Pradesh capital.

The accused, Gajendra Rathore (36), Mukesh Mehra (32) and Subhash Soni (32), who were arrested following a tip-off, used to get these consignments from some persons in Delhi. The stock would be brought to MP in four- layered packing with 'medicines' written on the boxes, he said.

Mehra used to sell the smuggled IMFL at his liquor shop at Panchavati area of Bhopal. Besides that, the three accused would also sell this alcohol to their customers individually, Dhakad said.

The accused were produced in a local court on Thursday, which remanded them in judicial custody, he said. 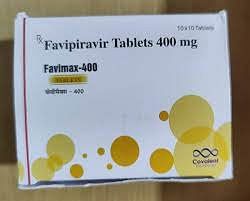