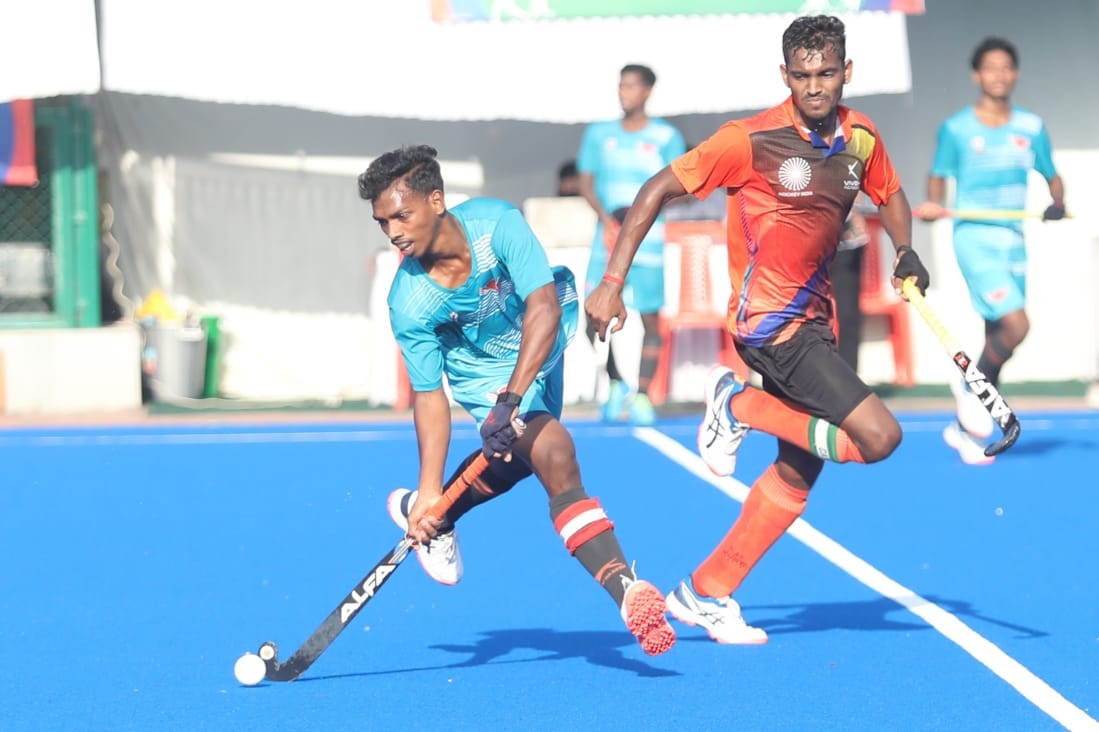 Hockey match in progress in Bhopal on Friday |

In the second match, Namdhari XI defeated RV Academy of Hockey 9-2. Namdhari scored 1 goal in the first quarter, two each in the second and third quarter and 4 goals in the fourth quarter. Mokhram scored a glut for Namdhari, which was the second five-goal-game in two consecutive days at the league matches.

During the third match of the day, Raja Karan Hockey Academy defeated Mumbai School Sports Association 7-0 in a one-sided match.

In the fourth match, Roundglass Punjab Hockey Club Academy defeated Mata Sahib Kaur Hockey Academy 9-1. Surprisingly, the first goal of the match was scored by Mata Sahib. But, Roundglass Punjab did not give any chance post the opposition’s first hit and made a flurry of goals. Hockey India writes to FIH, demands apology from Belgium federation for comments on achievements of...