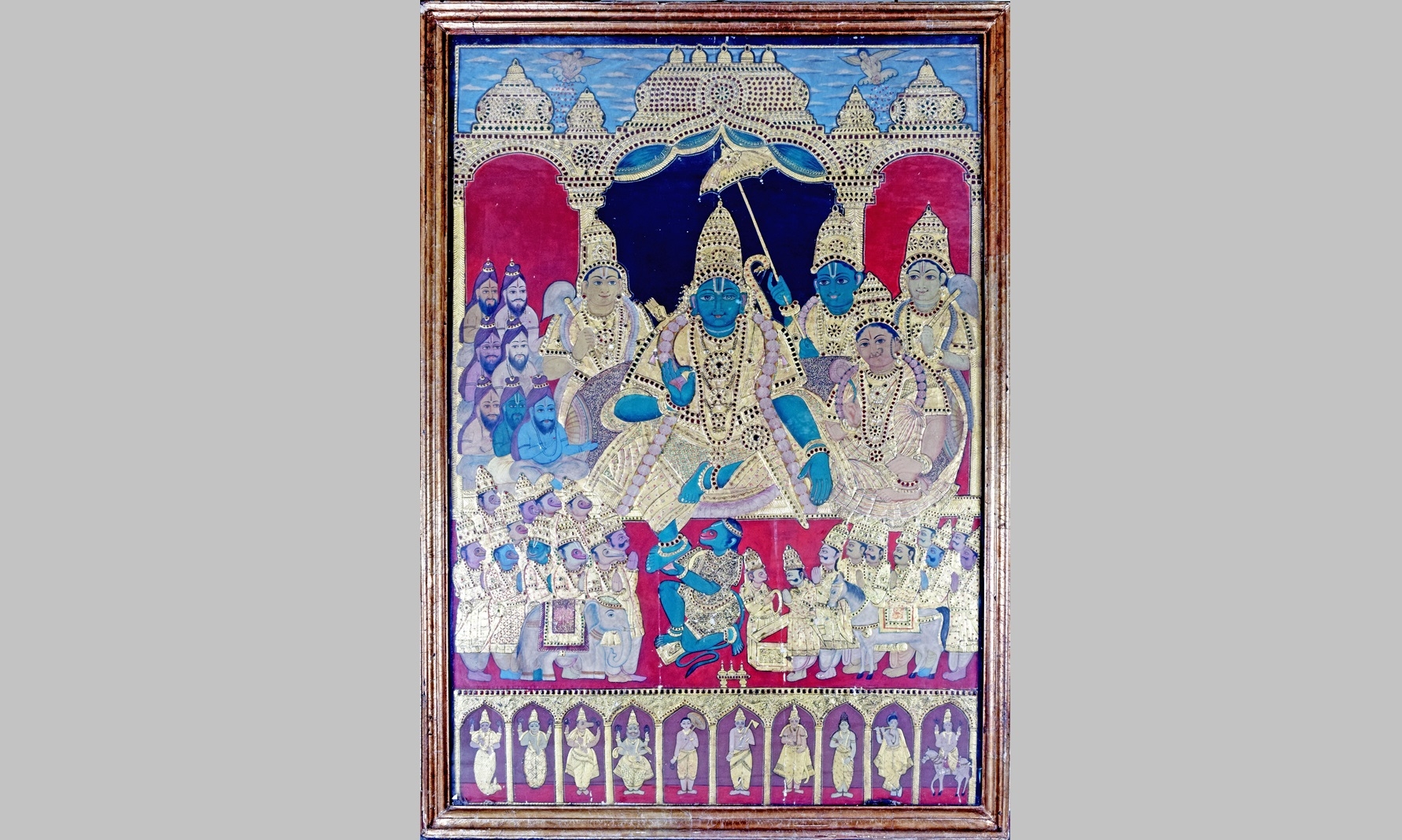 BHOPAL: A painting ‘Thanjavur Kal Ovium’ depicting the scene of Raj-Darbar of the Lord Rama is on display on the official website and social media platforms of Indira Gandhi Rashtriya Manav Sangrahalaya (IGRMS), Bhopal.

The exhibition began on Saturday as a part of the fifth exhibit of the week of the month. Thanjavur painting is a classical South Indian painting style, which was inaugurated from the town of Thanjavur (anglicised as Tanjore).

The museum collected the painting from the Nagarathar Chettiar Community of Karaikudi, Shivganga, Tamil Nadu in 1998. The height and width of the paintings are 187x130 cm.

In this painting, Lord Rama and Sita are shown sitting on a couch and Laxman with Bharata and Shatrughna holding chhatra and chouri respectively standing behind them. Hanuman is shown holding the foot of lord Rama. Courtiers, saints and other vanaras are also depicted in this painting. On the lower part of the painting ten incarnations of lord Vishnu are depicted in separate niches.

Sudeepa Roy from the museum said the Thanjavur painting consists generally of vivid red, deep greens, chalk white, turquoise blue and the lavish use of gold foil and inset glass beads. Sometimes precious stones are also used in the paintings. The Raju community of Thanjavur and Trichy, known as Chitragara and the Naidu community of Madurai are the traditional artists who skillfully executed paintings in the Tanjore style.

The artists originally migrated from Rayalaseema region of Andhra Pradesh. Painting was made on different subjects which varied in quality depending upon the patron’s interest, urgency and most importantly influence and financial capacity. However, the art was by and large a sacred task to be performed with a reasonable degree of ritual purity and humility by the master craftsmen. Generally, Thanjavur painting was generally made on a canvas, pasted over a plank of wood (jackfruit or teak) with Arabic gum. In the past, artists used natural colours like vegetable and mineral dyes, whereas the present day artists use chemical paints.

Director of the museum, Praveen Kumar Mishra said that initially this series will focus on the masterpieces from its collection which are considered as unique for their contribution to the cultural history of a particular ethnic group or area.