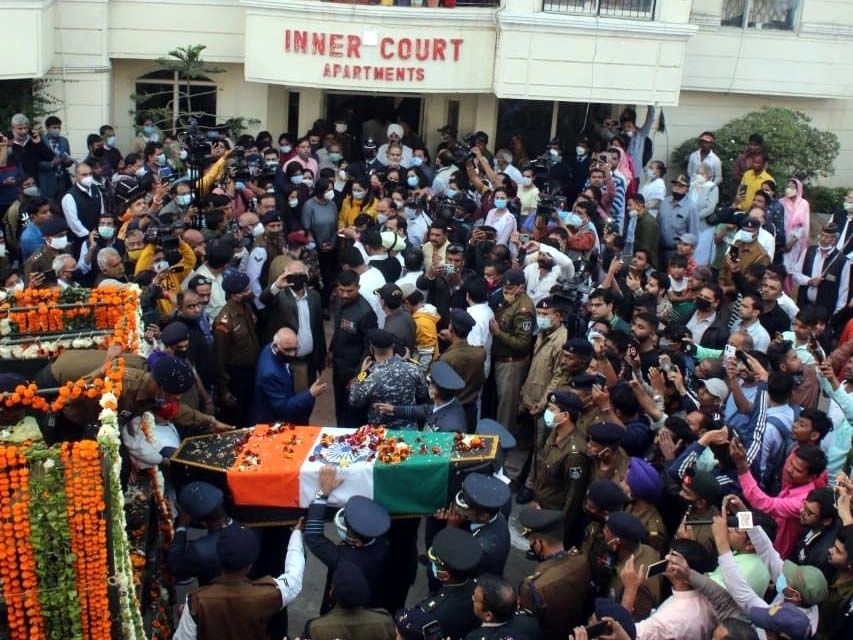 Mortal remains of Group Captain Varun Singh being brought to his residence in Bhopal, Thursday | FP

BHOPAL: A few years ago when group captain Varun Singh was all dressed up as a groom, the building named ‘Inner Court’ situated in Sun City garden colony Bhopal was buzzing with joy. People from all over country had come to rejoice and be a part of the beautiful journey Varun was to begin with his soul mate. On Thursday, again hundreds of people descended on the premises but, this time the mood was sombre; the people were here to stand with the bereaved family and pay their respects to the braveheart, who lay there in a tricolour-wrapped coffin for his final journey. 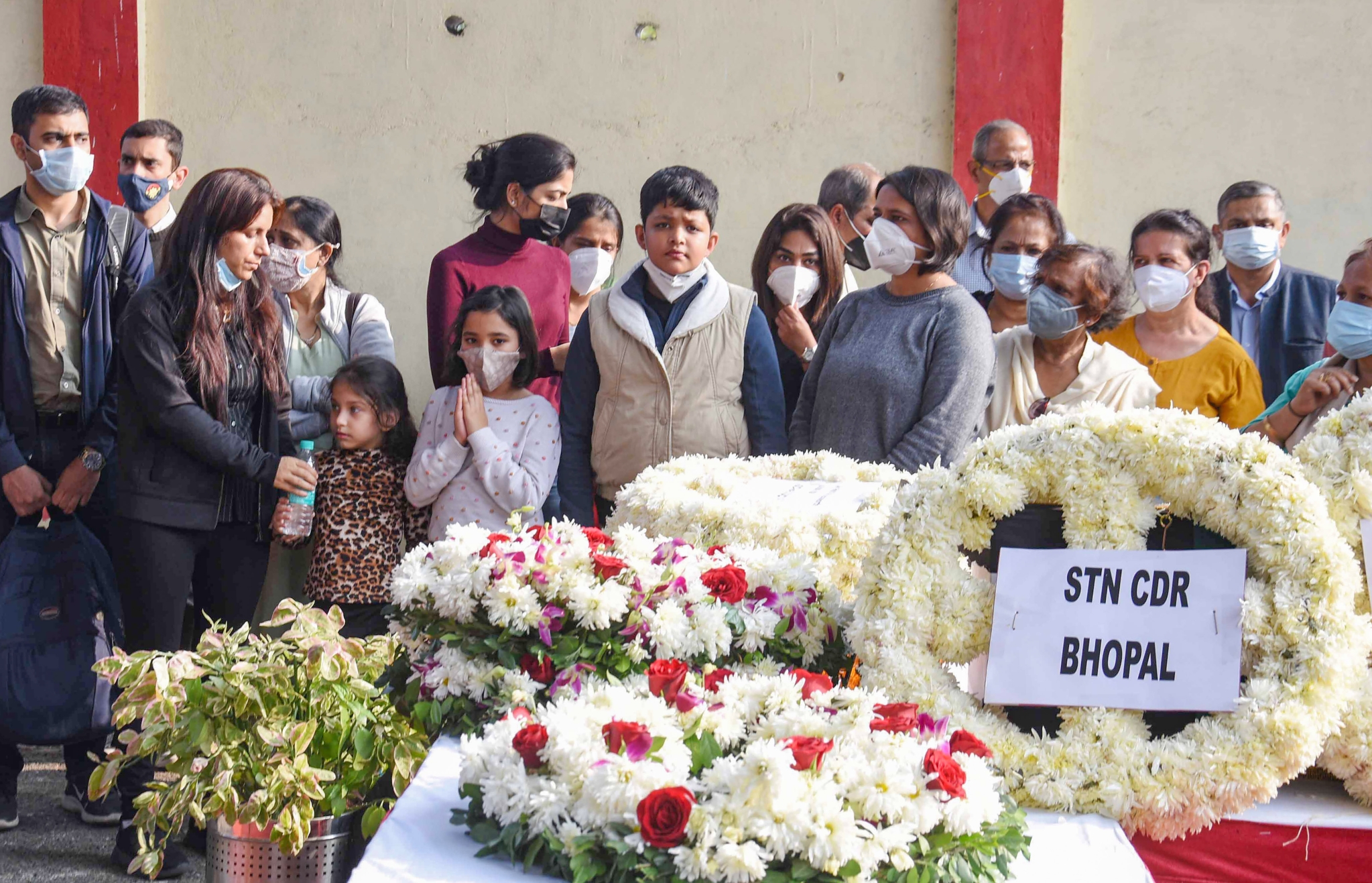 Family members and relative near the mortal remains of Group Captain Varun Singh near his residence in Bhopal, Thursday, | PTI

The mortal remains of Group Captain Varun Singh, who died at a military hospital in Bengaluru on Wednesday after surviving in a chopper crash in Tamil Nadu, reached here on Thursday afternoon. His father Colonel K P Singh (retired) and mother are residents of MP's capital city Bhopal.

Their family friend Rajendra Sharma while talking to Free Press shared the memories of Varun Singh. “I have seen many officers in my life but Varun was different. He was a very committed officer. At a very young age he had became the group captain and I believe had he served full service term he would have retired from one of the top most post of the Indian Air Force.” 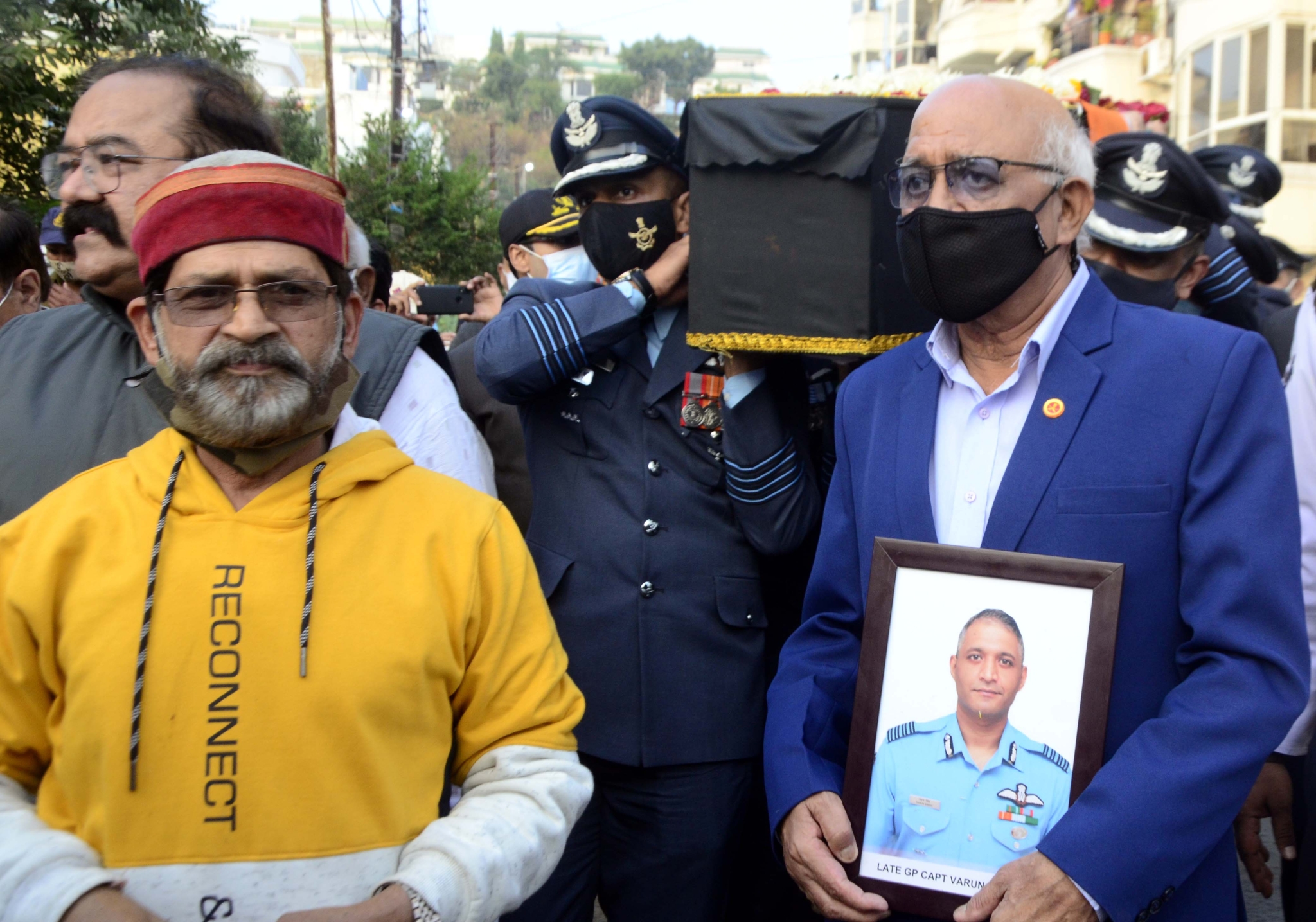 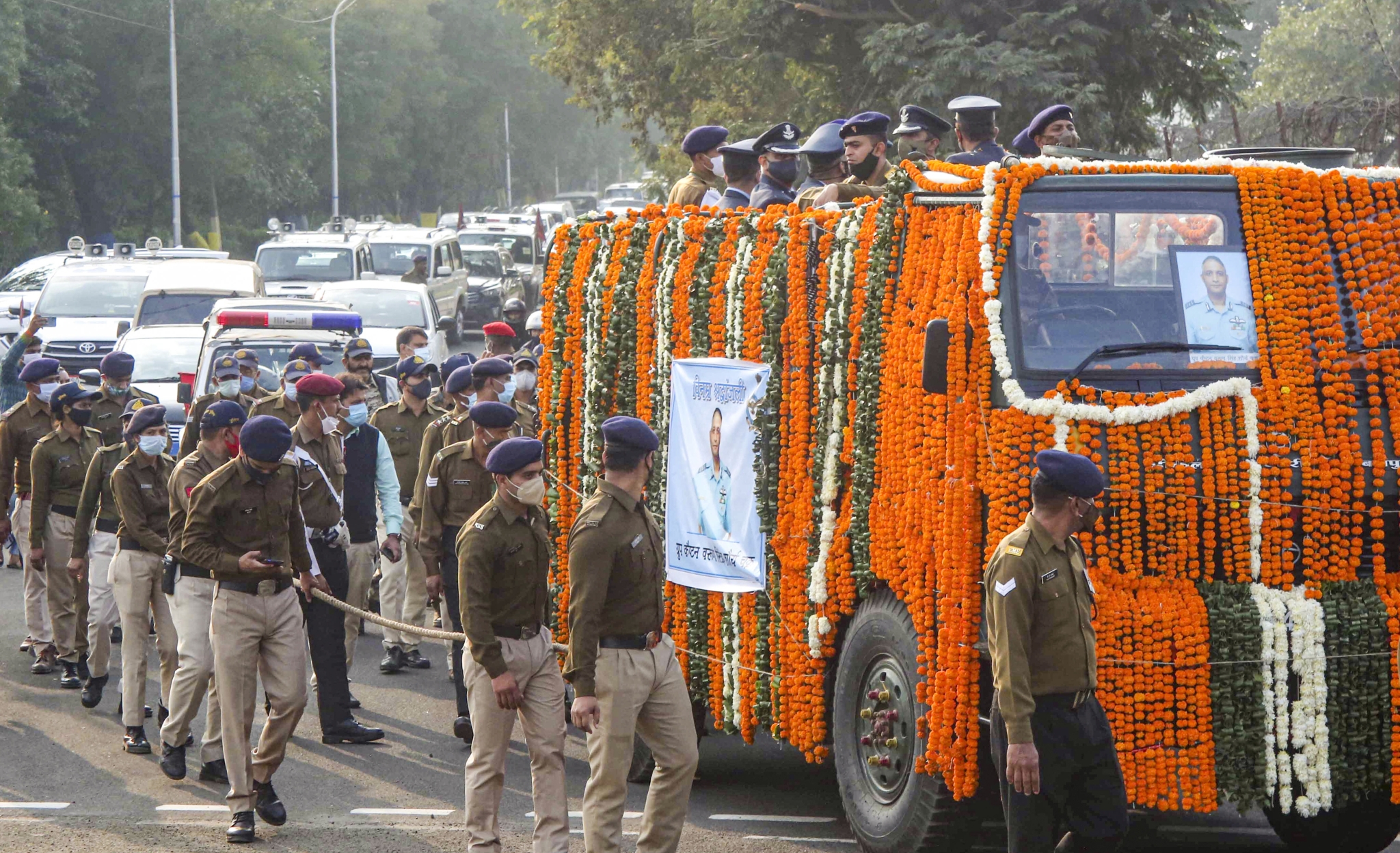 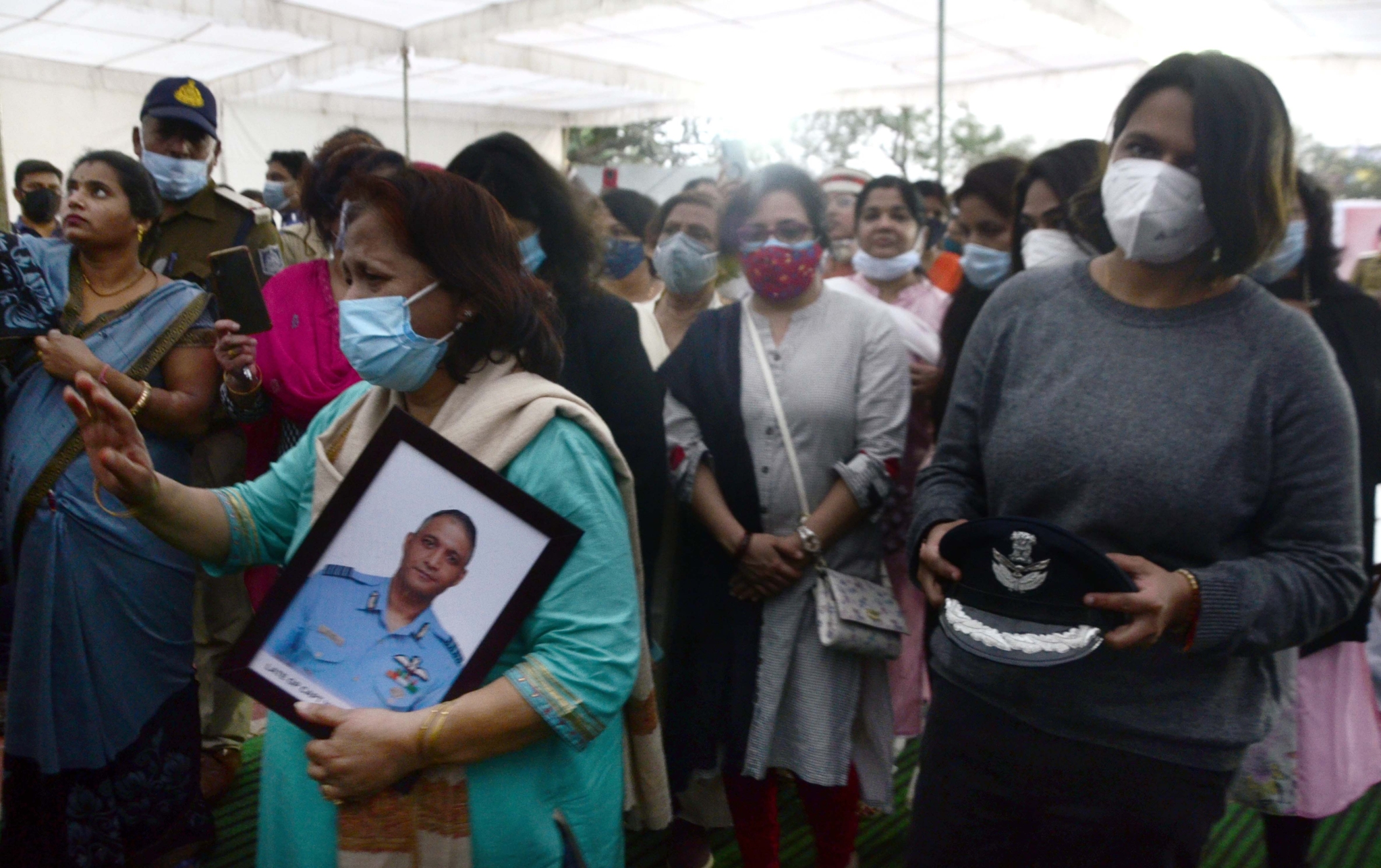 Sharma recalled that he had called Varun when he was conferred the Shaurya Chakra, India's third highest peacetime gallantry award, in August this year.Sharma informed that Singh's parents originally hail from Uttar Pradesh, however, they have been residing in Bhopal for the last several years. Singh's father Colonel K.P. Singh (retired) and his younger brother are serving in Indian Navy. As soon as the body reached to the ‘Inner Apartment’, people of the building and other family friends gathered at the gate of the apartment.

The coffin was taken directly into the apartment hall and only selected people were given entry to pay the tribute to the captain. Latter the mortal remains were taken in an open area of the colony, where other people from the city paid tributes to the departed soul.