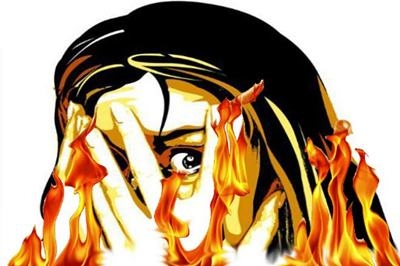 BHOPAL: An 18-year-old girl died after she set herself ablaze in her house on Thursday.

The incident triggered panic in the locality. Police have launched a probe after registering a case.

Bazaria police said the girl Sandhya Gupta was a resident of new Dhobi ghat area in Shankaracharya Nagar. She was a school dropout.

Around 12:30 pm her neighbourers spotted smoke billowing out of her house. Her family members too spotted the smoke and rushed to help her on hearing her shrieks. The neighbourers also tried to douse the flames.

The girl was taken to a nearby hospital where she was pronounced dead.

SHO Bazaria Sudesh Tiwari said the girl had dropped out of school and lived with her brother and both her parents. One of her brothers lives in Ahmadabad. The girl was totally burnt and had died on the spot, he said.

In another incident, a 16-year-old boy, who was undergoing treatment for burn injuries for three days, died on Thursday.

Arif Ahmad was a resident of Bagh Farhat Afza. He was a student of class 9. His mother runs a tailor shop and father is a labourer.

His mother was in another room when the pieces of cloths she was stitching, caught fire and he sustained burn injuries.

The incident occurred on Tuesday. He was taken to a nearby hospital where he was admitted. The boy was declared dead on Thursday.