Bhopal: Four RKDF college girls get 5-year jail for ragging and abetment to suicide in 2013 case 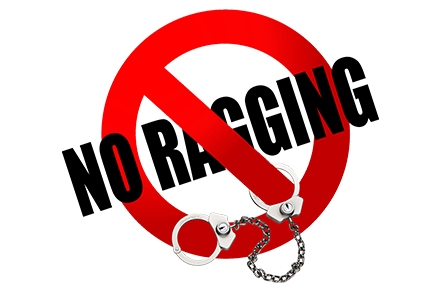 BHOPAL : Almost eight years after death of a RKDF Pharmacy College student by suicide, the District and Sessions Court, on Friday convicted four senior girl students of ragging their junior and driving her to take the extreme step. The court of ADJ Amit Ranjan sentenced 5-year jail imprisonment to the four senior students. The case of abetment to suicide was registered against the four senior students.

Those who have been convicted include Nidhi Magre, Dipti Solanki, Divyanshi Sharma and Kriti Gaur. The court has acquitted faculty member Manish.

ADPO Rajendra Upadhyaya informed that Anita Sharma (18), who was pursuing her B-Pharm second year course from the RKDF College had hanged herself at her residence in Jeevan Vihar Society in 2013. In her suicide note, Anita had accused her four seniors and the faculty member of driving her to take the extreme step.

As per the note, she was subjected to ragging by her seniors ever since she got admission to the college. They had ‘forced her to write their mid-semester copies’ and when she brought up this matter to the notice of faculty members, she (Anita) was told to obey her seniors if she wanted to continue in the college.

Madhya Pradesh Human Rights Commission had also taken cognizance of the incident and had issued notices to Principal Secretaries of School, Higher, Technical and Medical Education Departments directing them to furnish details of steps taken by them to prevent incidents of ragging in the educational institutions.