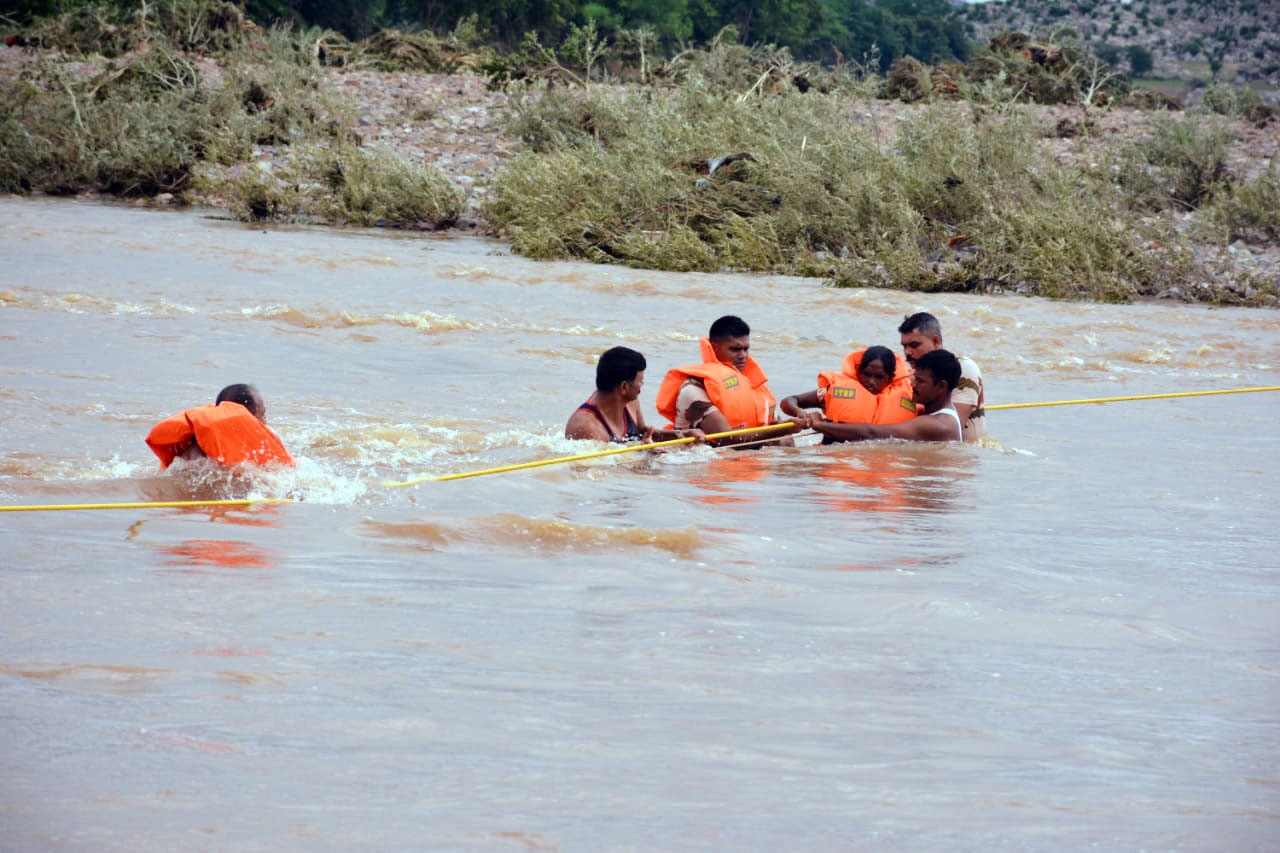 BHOPAL: As rain continued to batter the state and floods rendered thousands homeless, Chief Minister Shivraj Singh Chouhan said that 8,000 people had been safely evacuated till on Wednesday evening.

Talking to reporters in Gwalior, he said 75 special teams and five helicopters were carrying out rescue operations. Earlier in the morning Chouhan held a video-conference at Mantralaya to review rescue and relief work in Gwalior and Chambal region where flood situation is going from bad to worse. In the afternoon, he took a special flight to Gwalior and conducted aerial survey of affected districts Later, Chouhan said that release of water into Chambal from Kota Barrage posed a threat to Bhind and Morena districts. He further said that evacuation of villagers living in low-lying areas of these districts was being carried out on war-footing. While 800 people were shifted to safer places in Bhind. Evacuation in Morena was a precautionary step, he said and added that water level of Sindh too was increasing.

--800 mm rain received in Shivpuri and Sheopur till Tuesday.