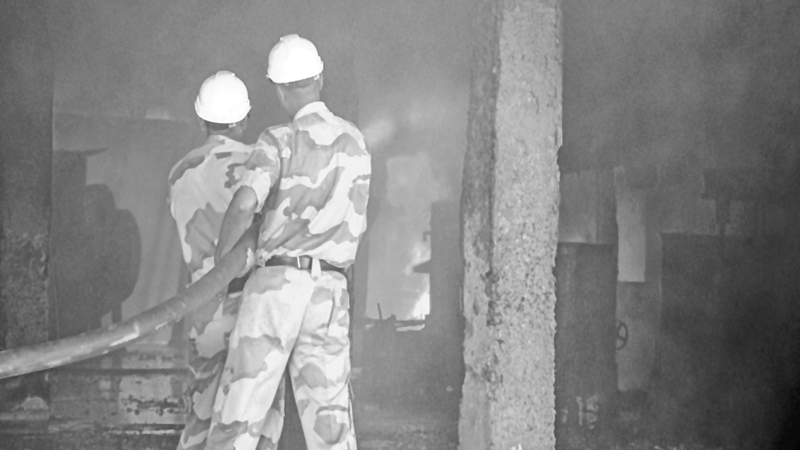 BHOPAL: Fire broke out in a non-functional paint factory situated in Govindpura Industrial Area, at around 1 pm on Friday. No loss has been reported to the police in the incident.
SHO Ashoka Garden, VS Chouhan said the fire broke out in Anand paint factory situated in Govindpura industrial complex. In the factory cleaning process was being conducted when accidently the fire broke out. Around 12 fire fighters reached the factory site and controlled the flames after an hour’s exercise. In the incident no casualty or property loss was reported by the owner. Earlier in 2016 also a fire had broken out in the same factory.