"It continues to puzzle us as to what led to his ouster from the race to the top post. Given his recent statement through which he expressed his pain and anguish, he himself seems to be clueless as to what went against him,” a Congress leader said wishing anonymity.

Bhopal (Madhya Pradesh): With Rajya Sabha member Digvijaya Singh having missed the bus in Congress organisational election for the top post, the Congressmen are now figuring out whether he would play any role in the organisation for state legislative assembly elections to be held next year.

It’s being intensely debated in the party as to what led to ouster of Raja of Raghogarh from the race to the top post.

A party leader said the way Digvijaya Singh flew to New Delhi while attending Bharat Jodo Yatra in Kerala, it appeared certain that he received nod from the party high command to file his nomination papers for the Congress president’s post.

“But it continues to puzzle us as to what led to his ouster from the race to the top post. Given his recent statement through which he expressed his pain and anguish, he himself seems to be clueless as to what went against him,” said the leader.

Another senior leader of the party said since Digvijaya Singh didn’t get the top post it remained to be seen how his services would be utilised in the party in the run up to the state assembly elections, which are one year away.

“In the previous assembly elections, he kept himself away from active campaigning most of the time saying if he campaigned for the party, BJP would attack the party. Hence, he had said, he would like to work for the party from behind the curtain. But it is to be seen if the party is going to entrust any major responsibility to him this time in the changed circumstances,” he added.

However, state Congress media in charge KK Mishra said, “Digvijaya Singh always played a key role in the party’s scheme of things during previous elections. He had undertaken Narmada Parikrama ahead of 2018 elections. He is active again to help the party irrespective of developments in New Delhi.”

Read Also
Kharge resigns as Leader of Opposition in RS; Digvijaya, Chidambaram in race to replace him 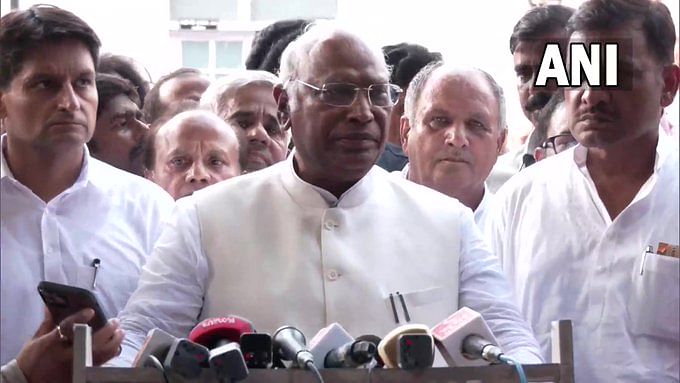