The fest is being organised by the Directorate of Culture. Some other episodes including Sugriva Maitri, Bali Vadh, Setu Bandh, Ravana-Angad dialogue, Lanka Dahan, Kumbhakaran-Meghnath Wadh were also staged.
Staff Reporter 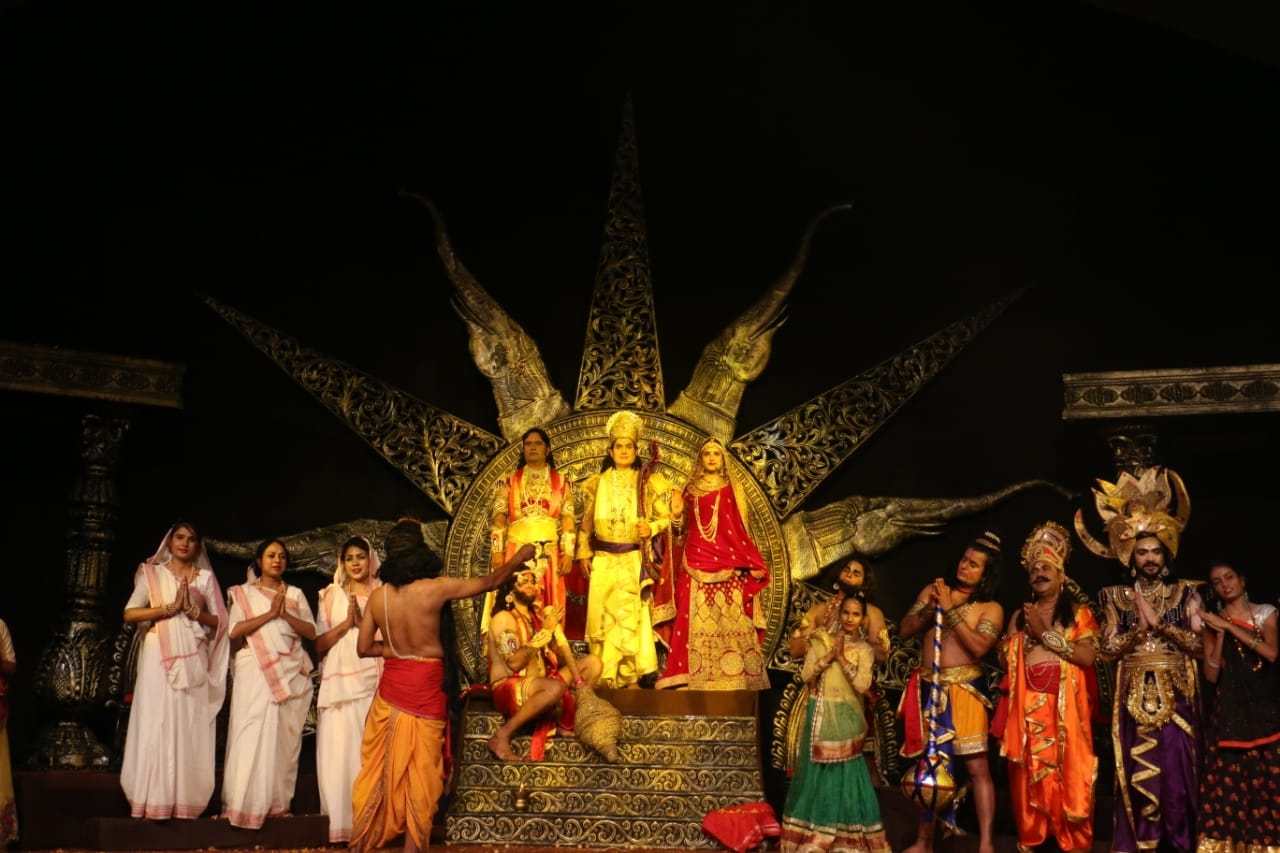 The fest is being organised by the Directorate of Culture. Some other episodes including Sugriva Maitri, Bali Vadh, Setu Bandh, Ravana-Angad dialogue, Lanka Dahan, Kumbhakaran-Meghnath Wadh were also staged.

The third–day’s event began with Shri Ram Aarti. After this the meeting of Rama and Hanuman for the first time, Hanuman befriending Rama and Sugriva and Sugriva being told that his elder brother Bali had conspiratorially acquired his kingdom and left him in trouble, Ramchandra's reply to Sugriva and killing of Bali were also presented.

Rama expedited his search for Sita and using Setu Bandh, Lord Rama, along with the army asked the sea for a way to reach Lanka. Due to the curse of Nal and Neel, the stones didn’t sink in the water and the army reached Lanka through the bridge. After reaching Lanka, Angad was sent to convince Ravana on the advice of Jamwant. In the next scene, Ravana-Angad dialogue, Kumbhakaran-Meghnath Vadh, Ravan Vadh, Lanka Dahan and Shri Ram Rajyabhishek were staged.

Skillful performance of characters, music, set-design heavy costumes, props, etc. were used which attracted the audience who were present in good number.

‘Vanvasi Leela-Nishadraj Guhya,’ will be staged on Wednesday. It is written by Yogesh Tripathi and directed by Guru Prasanna Das, from Satna.