A sizeable section of people were seen either masks or not wearing the masks properly.
Staff Reporter 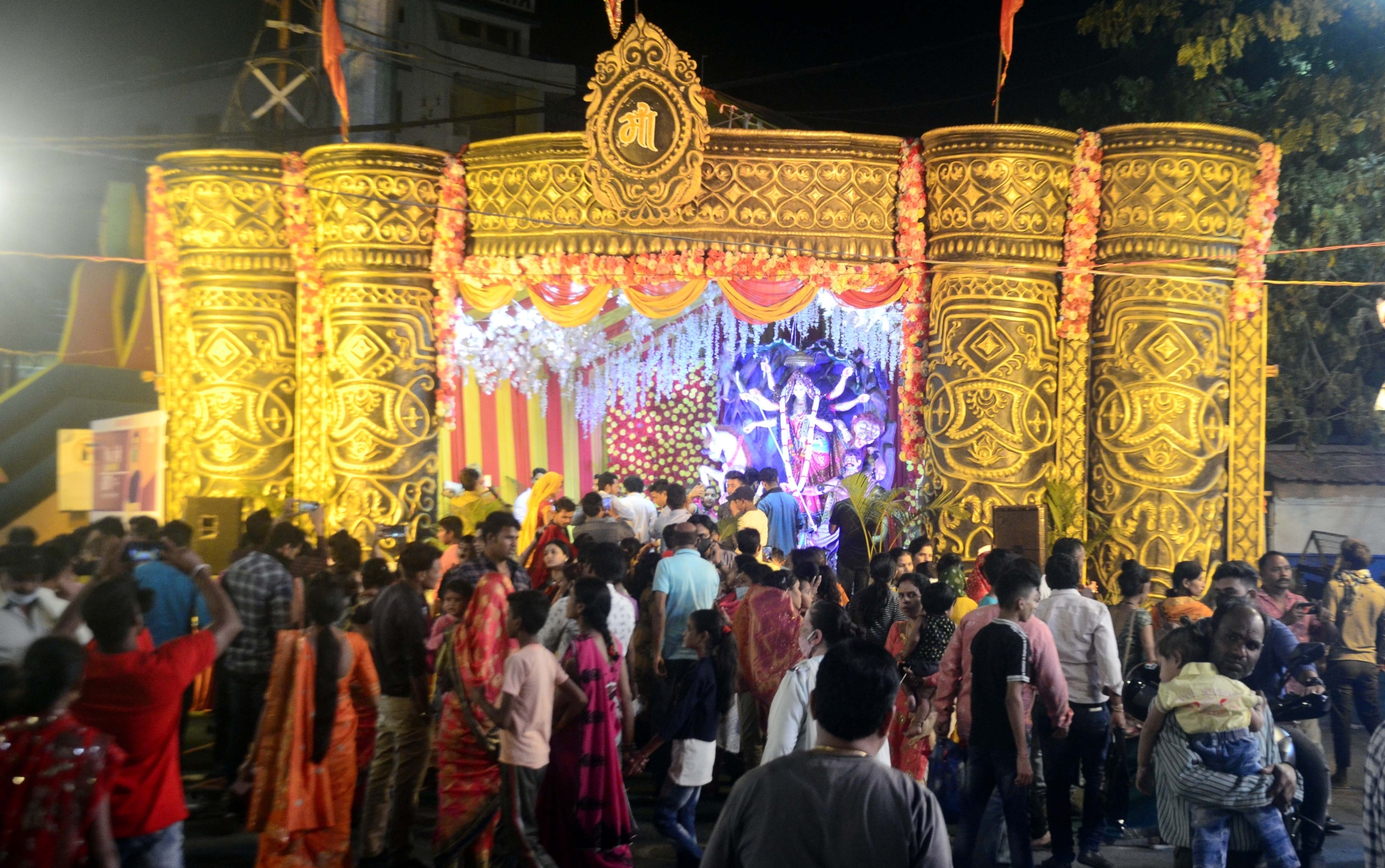 BHOPAL: Even as Navratri, nine days of worship of different forms of Goddess Durga, is almost over to lead to Dussehra huge crowd of people thronged the markets and Durga puja pandals in the state capital on Wednesday ignoring all the warnings issued repeatedly by experts in the field of health and the government authorities. 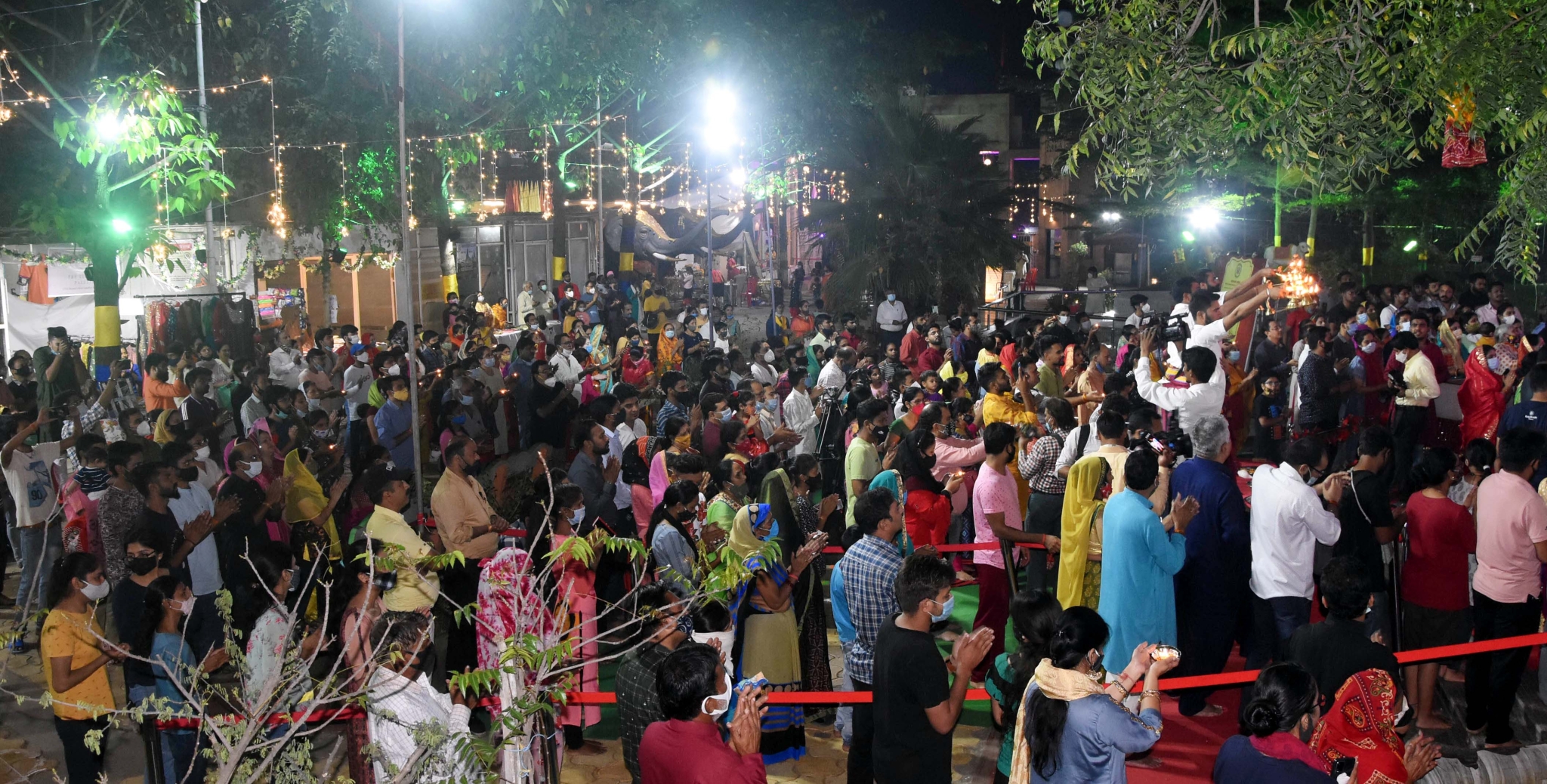 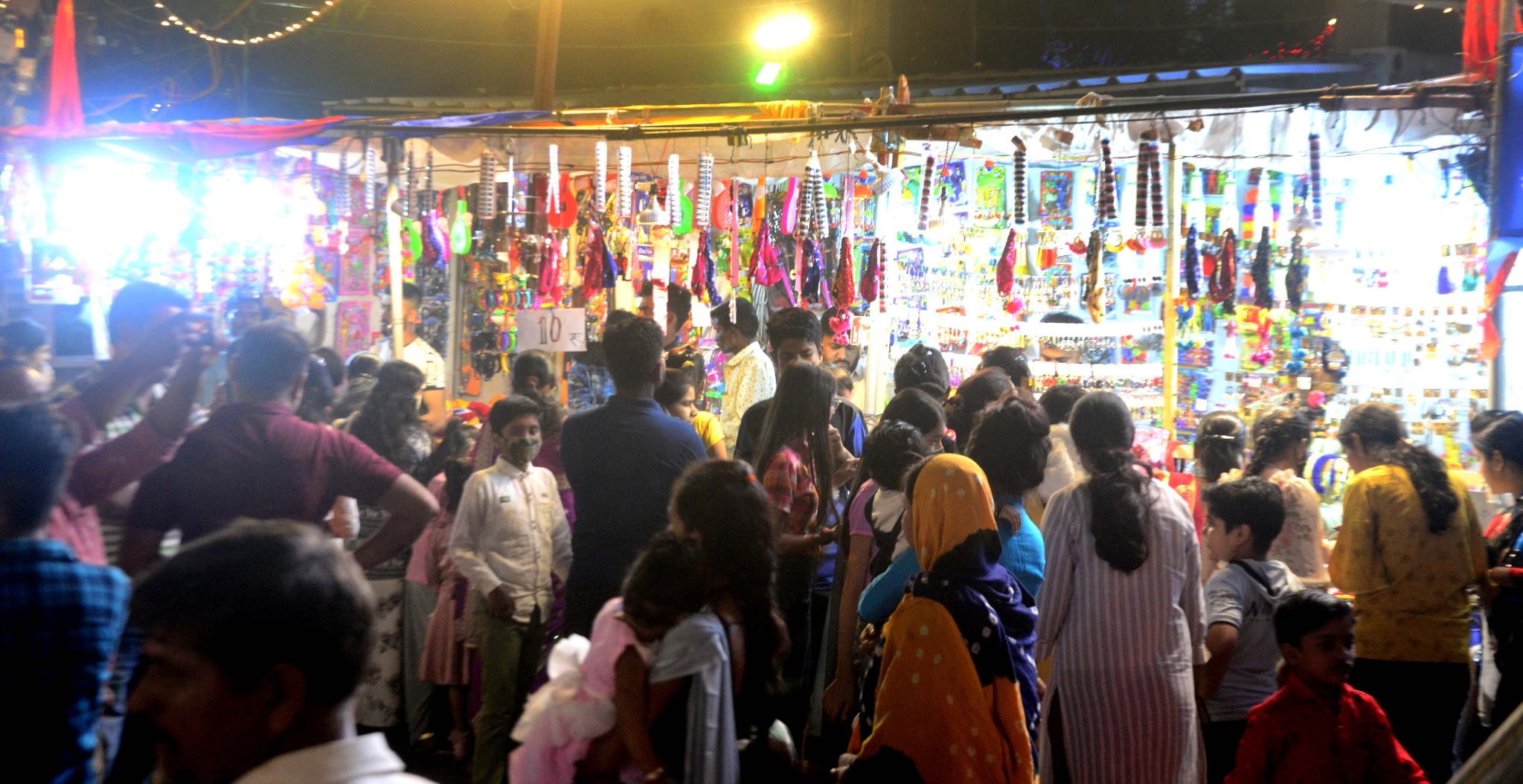 Rush in markets during navratri | FP

Huge crowd of people including men, women and children was witnessed in various parts of the city including markets like New Market, Bhawani Chowk, MP Nagar, Kolar, Chuna Bhatti, Bittan Market, Hamidia Road etc. Even there was brisk shopping at the shops.

A sizeable section of people were seen either masks or not wearing the masks properly. 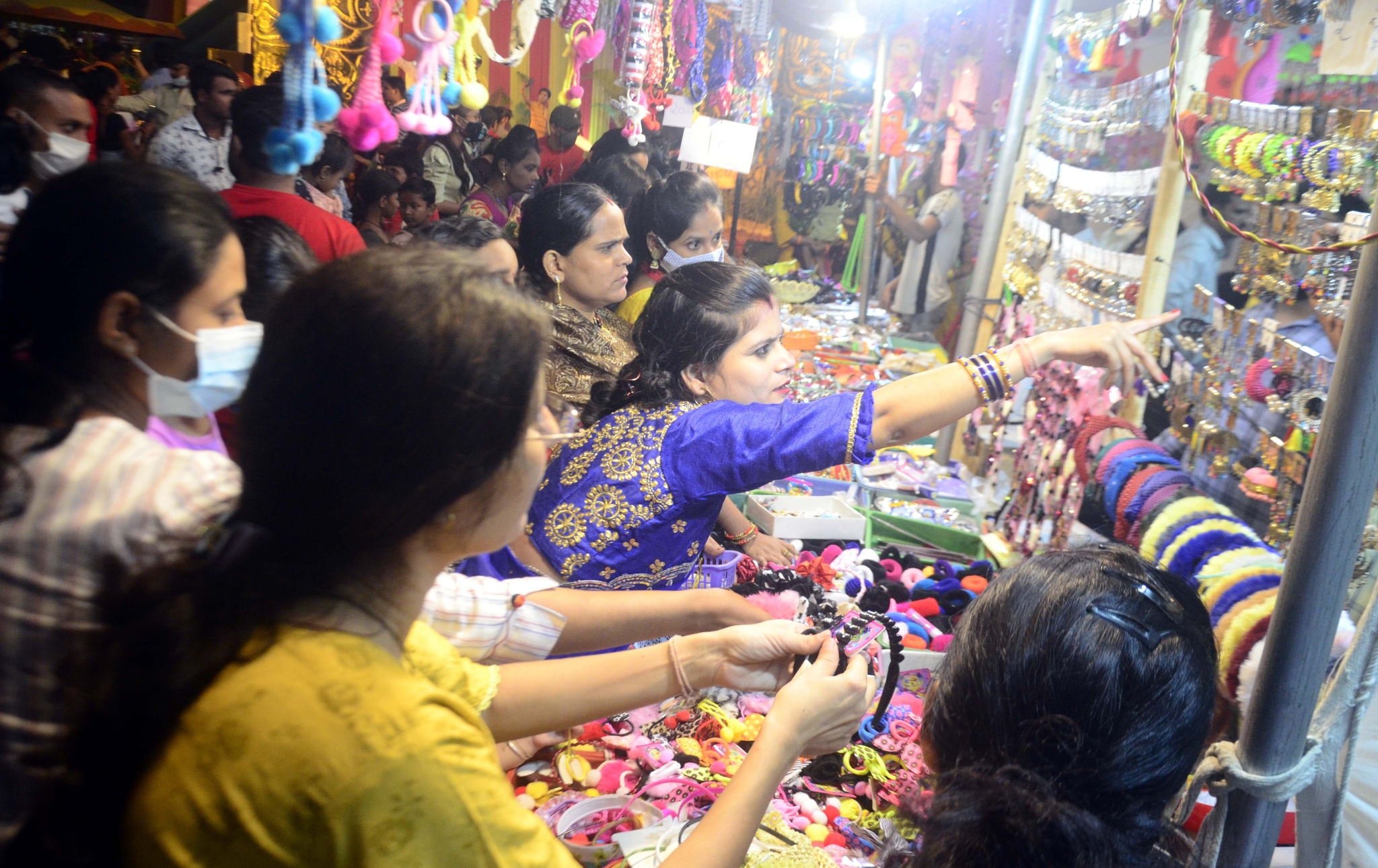 Rush in markets during navratri | FP 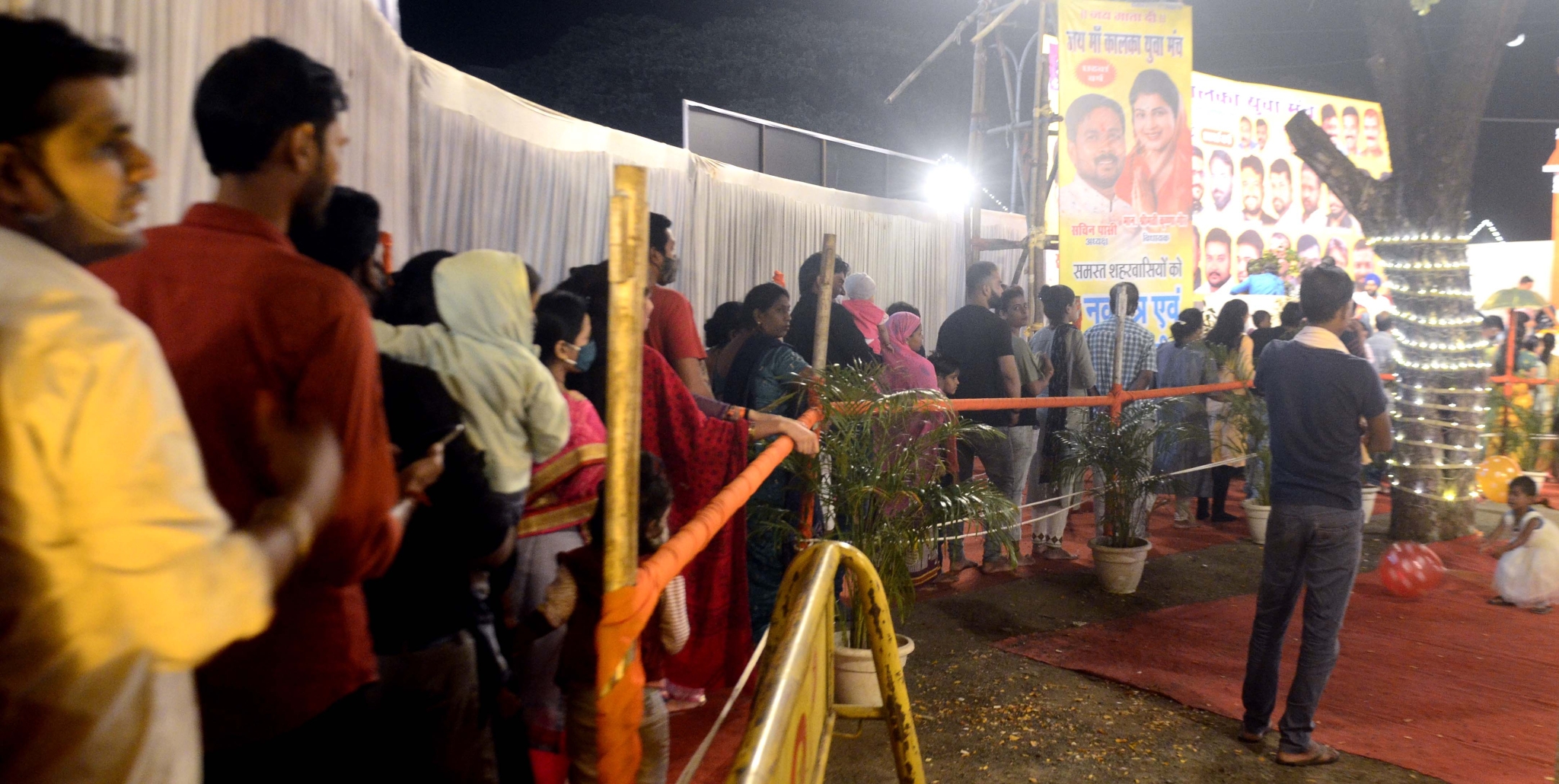 “Huge crowds in the markets and pooja pandals suggest we have not learnt a lesson from the deaths caused by Corona during the second wave”, said public health expert Amulya Nidhi.

Amulya Nidhi said, “We must not forget that Kerala’s was the most successful story in the country in controlling Corona even during the second wave, a process that began long time ago. However, people celebrating Onam ignoring all the Covid-19 protocols and huge crowd on streets and markets negated the efforts of the state and there was again surge of Covid cases in thousands.” 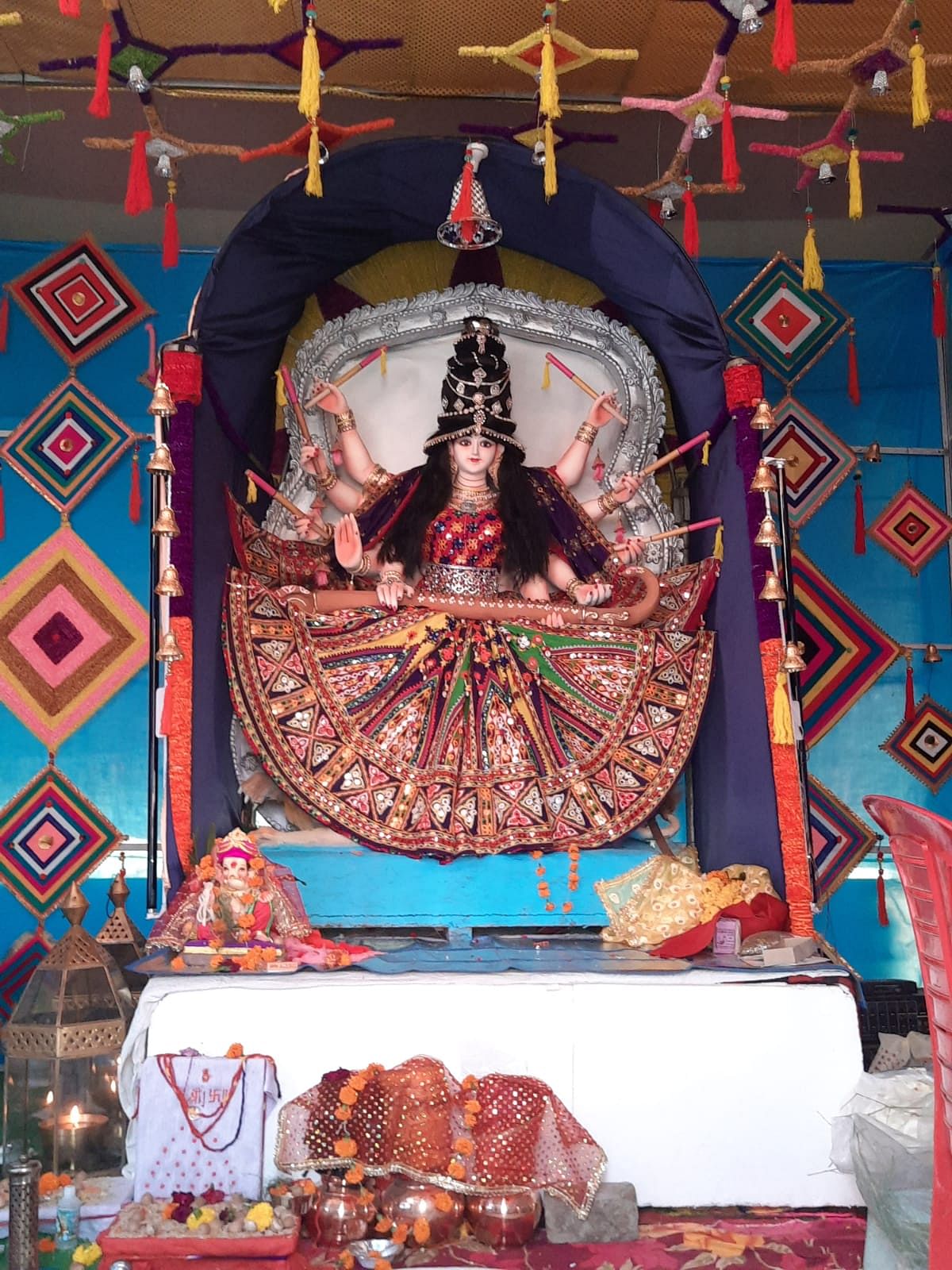