Bhopal: CM tells 21 ministers not to talk to press 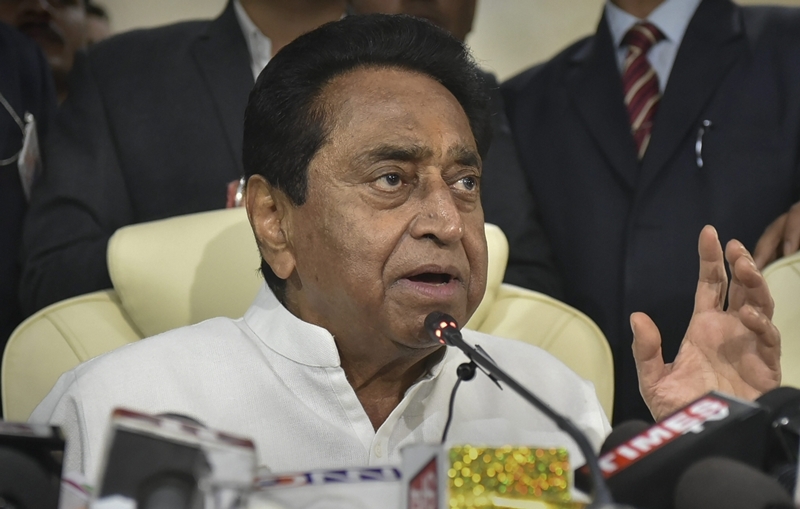 Bhopal: After facing embarrassment over the recent objectionable statements given by some of his cabinet colleagues, Chief Minister Kamal Nath restrained his 21 ministers from talking to media. The government has released a list of seven minister to do all the talking with the press.

In an indirect move, chief minister Kamal Nath restrained his 21 ministerial colleagues from speaking to the journalists and instead let the authorized persons do the talking on their behalf. A panel of six ministers besides public relations minister PC Sharma has been authorized to interact with the media. The public relations department has released the list of minister on Wednesday.

Till date, public relation minister PC Sharma was considered to be spokesperson of the state government but presence of higher education minister Jitu Patwari in most of the press conferences had created confusion. Patwari’s name is included in the new list released by the government.

Other names would would interact with the media include home minister Bala Bachchan, culture minister Dr Vijaylaxmi Sadho, PHE minister Sukhdev Panse, UAD minister Jaivardhan Singh and finance minister Tarun Bhanot. Agriculture minister Sachin Yadav had given a statement to media that Bhavantar scheme will be shut down.

His statement sent negative message among farmer community at a time when Kamal Nath was doing his best to woo them in view of the upcoming Lok Sabha elections. Similarly, outspoken PWD minister Sajjan Singh Verma too had replied to BJP leader Kailash Vijayvargiya on his comment about ‘chocolaty’ face on induction of Priyanka Gandhi as AICC general secretary. Verma in reply had said that BJP uses Hema Malini to dance and earn votes. This comment of Verma was also said to be not in line with the Congress culture.