But for a few traders, these barricades come handy, to create personal parking lot.
MITHILESH PANDEY 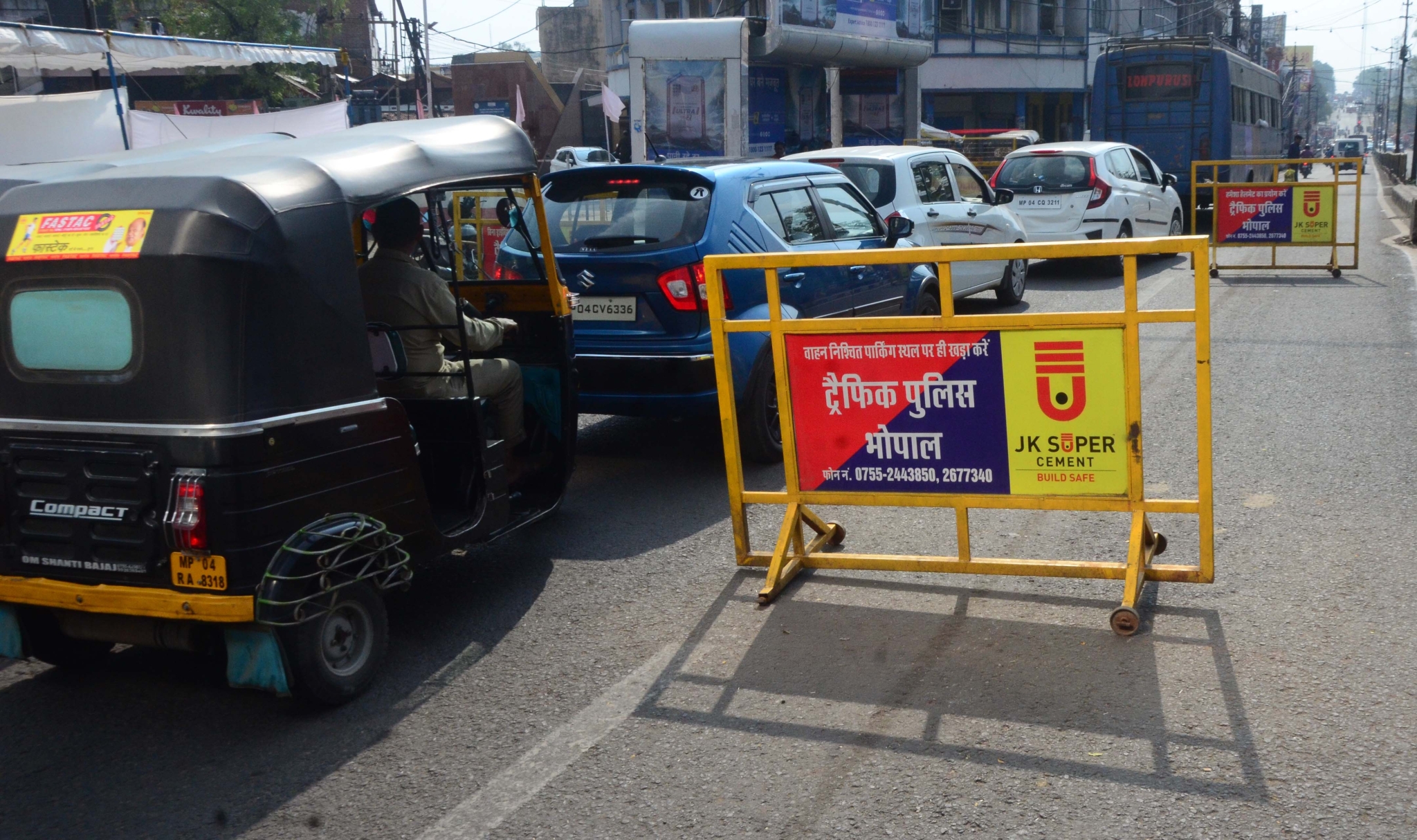 In wake of the festivals and then Supreme Court’s Ayodhya verdict the administration had heavily barricaded the roads across the city to ensure law and order. Security personnel continue to man the streets and still checking of vehicles is being carried out for which barricades are being placed on roads at various places. However, the traffic cops are least bothered to clear the roads off the barricades and place them on roadside after their purpose is served. One could see these barriers lying haphazardly everywhere but the roadside. Negotiating these abandoned barricades is becoming a task for motorists. Abandoned barriers lying randomly on road near Pradesh Congress Committee (PCC) office, Subhash School and 7-number bus stop and in old city are a common sight. Cops are certainly performing their duties, but it seems that orderly arranging the barriers once their purpose is served doesn’t come under their responsibility.

ASP (Traffic) Pradeep Chauhan said, it is duty of beat in-charge to ensure all things remain in place. “Traffic police use barricades frequently while checking vehicles on roads. They are supposes to drag the barricades once their use is finished. Sometimes barricades are not arranged properly on roadside after their use and their dislocation created issues for commuters,” said Chauhan. However, the ASP maintained that there are certain people who are using these police barriers for their personal use. Such practices are common in commercial areas where traders place traffic police barricades to demarcate their own parking lot. Whenever such thing comes to our notice we reprimand the person responsible and advise him not to repeat it, said ASP.