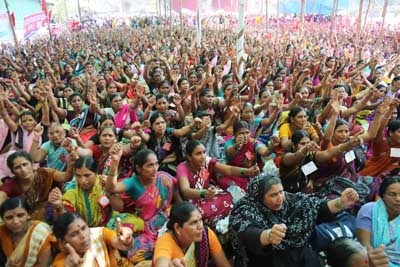 In an attempt to woo women voters, Madhya Pradesh Congress president has played a new trick, saying that the services of Aanganwadi, Asha workers and those of Sahayikas will be regularized if the Congress forms the government after the election. The loans of self-help groups will be waived and the salary of those who are working as cooks to prepare mid-day meals will be increased, he announced.

It is considered that Chief Minister Shivraj Singh Chouhan is very popular among women voters in the state, so Nath made a major statement to woo them. Before the model code of conduct came into force, the state government raised the salary of Aanganwadi and Asha workers.The BJP has tried to drum up support of the women voters by making a separate manifesto for them and made many promises for welfare of women in it. Nath’s move came in the wake of BJP’s separate manifesto for women.