The woman, also a beggar, loved accused like her own son who had died last year

Bhopal(Madhya Pradesh): A 78-year-old woman beggar was sexually assaulted by a youth whom the elderly woman treated like her son. Habibganj police have arrested the accused, also a beggar and booked him for rape.

The woman had lost her only son last year and loved the accused as her own son, said  Habibganj police here on Sunday.

Police station in-charge Manish Raj Bhadoria said the woman, a beggar, resides in a slum area. The poor woman had moved to the city with her son to make a living. A year ago, her son died due to ill health and thereafter the woman had started begging for sustenance.

The woman had come in contact with 38-year-old Neeraj Kumar, who was also a beggar. The  woman, who has lost her son, got attached to the youth and cares for him as her own son. The duo used to share their sorrows.

On October 26, the youth barged into her shanty and allegedly raped her brutally. The youth overpowered the elderly woman and while allegedly sexually assaulting her, he chocked her mouth. The woman remained quiet until her injuries were spotted by one of the social workers who were visiting the area to distribute food packets on November 11. On being asked about the injury marks on her face, the woman confided in the social worker and narrated the incident. The activist brought the elderly woman to the police station and filed a complaint.

The police booked the youth under Section 376 of IPC and arrested him. 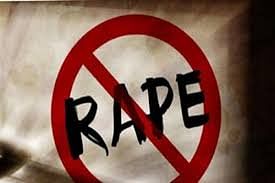