Mahindra TUV300 Plus To Officially Launch Next Year, Deliveries Start! 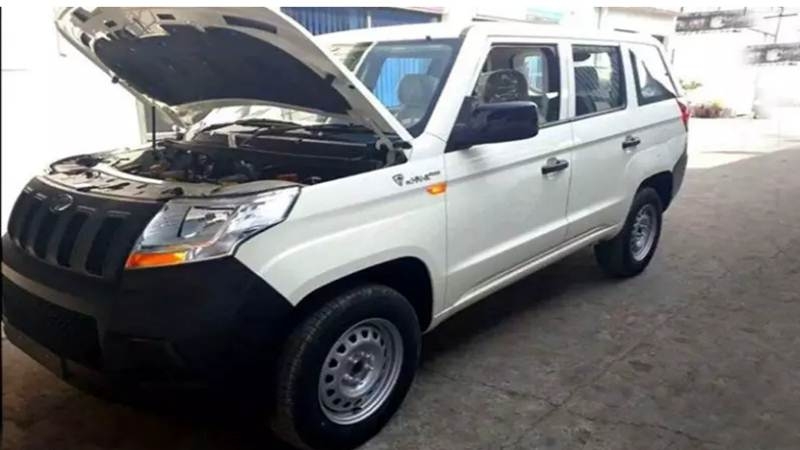 Mahindra and Mahindra is gearing up to introduce the TUV300 Plus early next year. Replying to a query about the delivery of the extended version of the TUV 300, Anand Mahindra, the chairman of Mahindra Group, tweeted that the manufacturer will roll out a few units in the market before the official launch next year. The upcoming utility vehicle will replace the ageing Mahindra Xylo in the Indian four-wheeler market.

Earlier, the TUV300 Plus was caught testing without any camouflage giving us a glimpse of its reworked rear design and the new naming scheme for variants. The variant spotted testing had a P4 tag at the rear. The TUV300 Plus will be available with multiple seating configurations and, of course, a longer wheelbase than the sub-4 metre TUV300, the compact SUV on which it is based.

Except for the tweaked tail lamps, which now extend into the sides, the rest of the design is similar to the smaller TUV300. Although the version spotted testing wore black bumpers, we believe the more-equipped variants will get body-coloured ones.

The extended version of the TUV300 is expected to be powered by the 2.2-litre mHawk diesel engine developing 121.5PS of max power and 280Nm of peak torque. Mahindra could also employ the same 1.5-litre unit seen in the current TUV300, albeit with the more powerful 101PS version to propel the bigger UV. The motor is expected to be linked to a 5-speed manual gearbox. An automatic version could be introduced at a later stage as well as the 1.5-litre engine is already available with an AMT (automated manual transmission) option in the smaller TUV300.

The TUV300 Plus is likely to be priced between Rs 8 lakh and Rs 12 lakh (ex-showroom). It will compete with the Maruti Suzuki Ertiga and the Renault Lodgy in the affordable MPV space. The homegrown automaker is coming up with a host of new cars next year, including the  Mahindra XUV Aero, an electric version of the KUV100, U321 MPV and the Tivoli-based S201.

To know more about Mahindra’s expected lineup for the upcoming 2018 Auto Expo, head over to our story – 2018 Auto Expo – Mahindra Cars Expected Lineup.