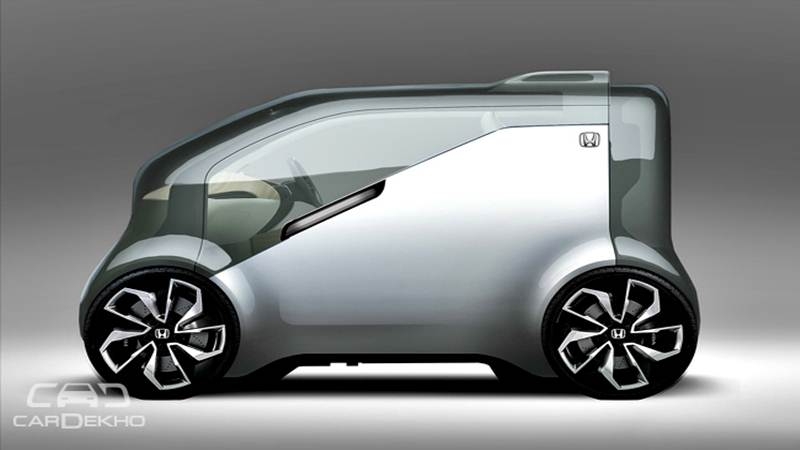 Honda has announced and teased the NeuV concept, which will be revealed at the 2017 Consumer Electronics Show (CES) – the world’s biggest tech show – on January 5th. For the uninitiated, the CES 2017 will run from January 5-8 in Las Vegas, USA. Honda’s theme at the CES will be ‘cooperative mobility ecosystem’.

Speaking of the NeuV concept, information about it is scarce at this moment, but Honda has highlighted in an official release that the NeuV is an automated electric vehicle (EV) commuter. Honda said that it will be equipped with artificial intelligence (AI) tech, which the automaker is calling ‘emotion engine’. This ‘emotion engine’ is a set of AI technologies developed by Cocoro SB Corp., which enable machines to artificially generate their own emotions. Besides AI, it certainly will also adopt robotics from Honda’s much-touted ASIMO (Advanced Step in Innovative Mobility). The first ASIMO was revealed nearly a decade and a half ago, and has been showcased at the Indian Auto Expo several times.

The NeuV looks similar to a microvan from Japan. Japanese automakers are famous for making small cars – Kei Cars – in the home country. Looking at the released picture, the top body of the concept vehicle is made up of glass, while metal can be seen on the doors and at the back. The vehicle features a prominent shark fin antenna. Stay tuned to CarDekho for its official reveal at the 2017 CES.