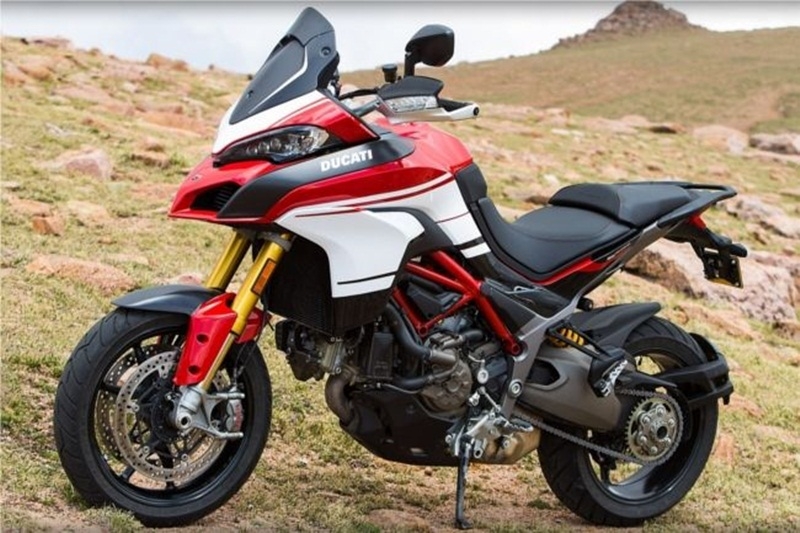 The race inspired adventure-tourer, the new Ducati Multistrada 1200 Pikes Peak has been launched in India with a price tag of Rs 20.06 lakh

Just after the 2016 World Ducati Week, the Italian manufacturer has launched its new Multistrada 1200 Pikes Peak in India. Priced at Rs 20.06 lakh (ex-showroom, Delhi), the bike is now available across its dealerships in Delhi, Gurgaon, Mumbai, Pune and Bengaluru. Inspired by the Italian manufacturer’s past victory in the legendary Pikes Peak International Hill Climb race in Colorado, the new version comes with a sporty characteristic.

Commenting on the new launch, Ravi Avalur, managing director, Ducati India, said, “The Multistrada 1200 Pikes Peak is a motorcycle in which touring capability meets performance. With its race inspired looks and cutting edge technology, the Pikes Peak is in a league of its own and we’re sure enthusiasts will appreciate this version of the Multistrada.”

Apart from the standard features of the Multistrada 1200 S, the Pikes Peak edition gets some extra high-performance specifications including a fully adjustable Öhlins fork and premium quality TTX36 rear shock. The bike is powered by the same 160PS, Testastretta L-twin engine with cutting-edge Desmodromic Variable Timing technology, which powers other Multistrada 1200s as well. However, the ultralight carbon fibre componentry and the Ducati Performance Termignoni carbon fibre silencer helps to enhance the motorcycle’s competitive spirit.