The peer-reviewed study contradicts earlier reported findings that the first Covid patient was a 41-year-old male accountant, who lived 30 km south of Huanan Market, and reported his illness on December 8.
IANS 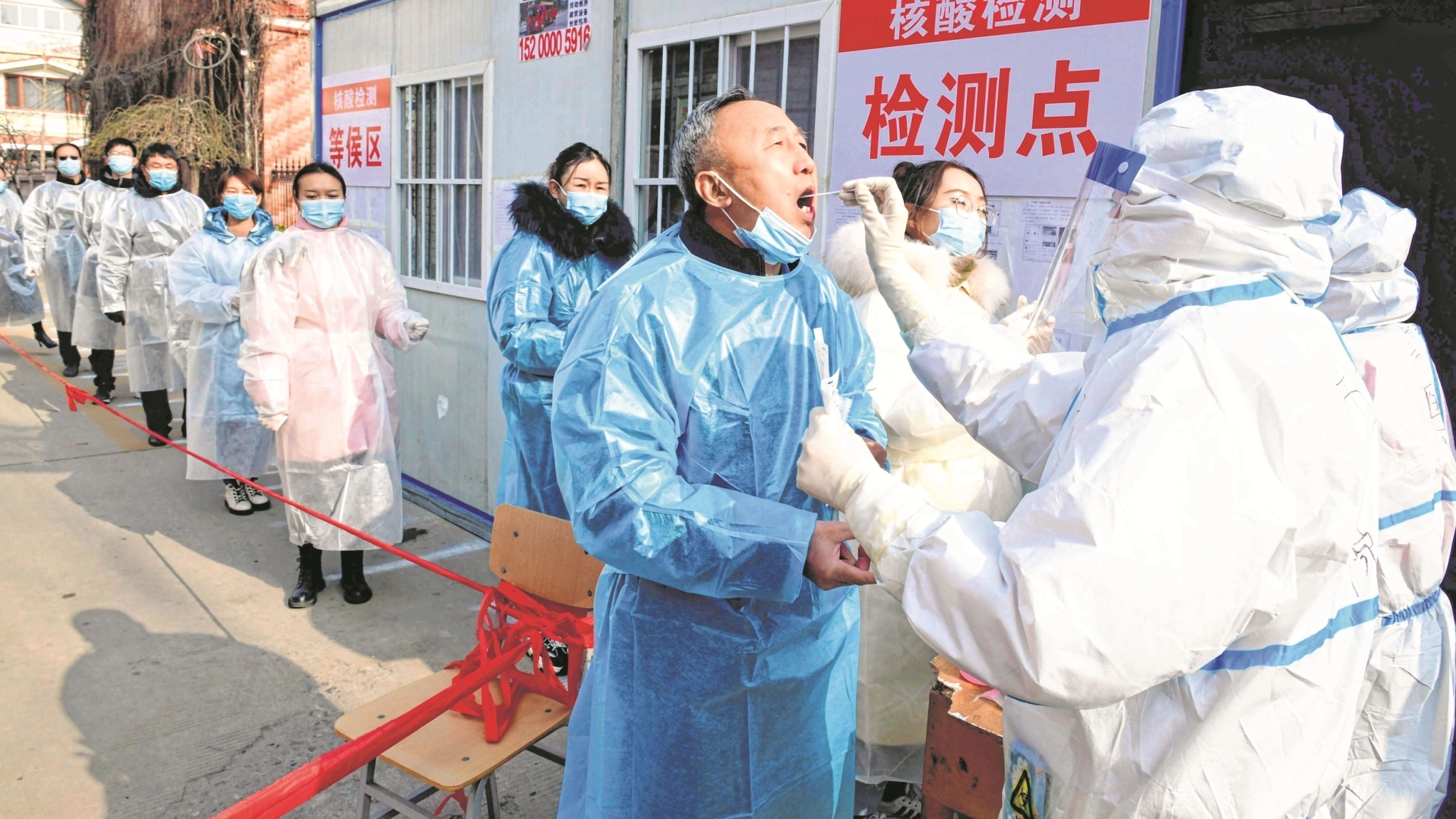 New Delhi: A new study published in the journal Science has claimed that the first identified Covid-19 case -- or 'patient zero' -- was a female seafood vendor at an animal market in the Chinese city of Wuhan and who became symptomatic on December 11, 2019.

The peer-reviewed study contradicts earlier reported findings that the first Covid patient was a 41-year-old male accountant, who lived 30 km south of Huanan Market, and reported his illness on December 8.

However, when interviewed, the accountant reported that his Covid symptoms started with a fever on December 16 and the December 8 illness was a dental problem related to baby teeth retained into adulthood.

"This indicates that he was infected through community transmission after the virus had begun spreading from Huanan Market. He believed that he may have been infected in a hospital (presumably during his dental emergency) or on the subway during his commute," said Michael Worobey, University of Arizona evolutionary virologist, in the article.

The accountant had also travelled north of Huanan Market shortly before his symptoms began.

His symptom onset came after multiple cases in workers at Huanan Market, making a female seafood vendor there the earliest known case, with illness onset December 11.

"Notably, she reported knowledge of several possible Covid-19 cases in clinics and hospitals that were near Huanan Market from December 11, and Huanan Market patients were hospitalised at Union Hospital as early as December 10," Worobey said.

It is now clear that live mammals susceptible to coronaviruses, including raccoon dogs were sold at Huanan Market and three other live-animal markets in Wuhan before the pandemic.

Severe acute respiratory syndrome-related coronaviruses were found in raccoon dogs during the SARS outbreak, which was facilitated by animal-to-human contact in live-animal markets in China.

"However, because of the early public health focus on Huanan Market, it remains unclear whether the apparent preponderance of hospitalised Covid-19 cases associated with this market was truly reflective of the initial outbreak," said Michael Worobey, University of Arizona evolutionary virologist and a specialist in the origins of viral epidemics.

With SARS, live-animal markets continued to sell infected animals for many months, allowing zoonotic spillover to be established as the origin and revealing multiple independent jumps from animals into humans.

"Unfortunately, no live mammal collected at Huanan Market or any other live-animal market in Wuhan has been screened for SARS-CoV-2-related viruses, and Huanan Market was closed and disinfected on January 1, 2020," the study noted.

Nevertheless, that most early symptomatic cases were linked to Huanan Market -- specifically to the western section where raccoon dogs were caged -- provides strong evidence of a live-animal market origin of the pandemic, the study noted.