NATO on Monday also hit out at Minsk, accusing the government thereof using the migrants as political pawns
AFP 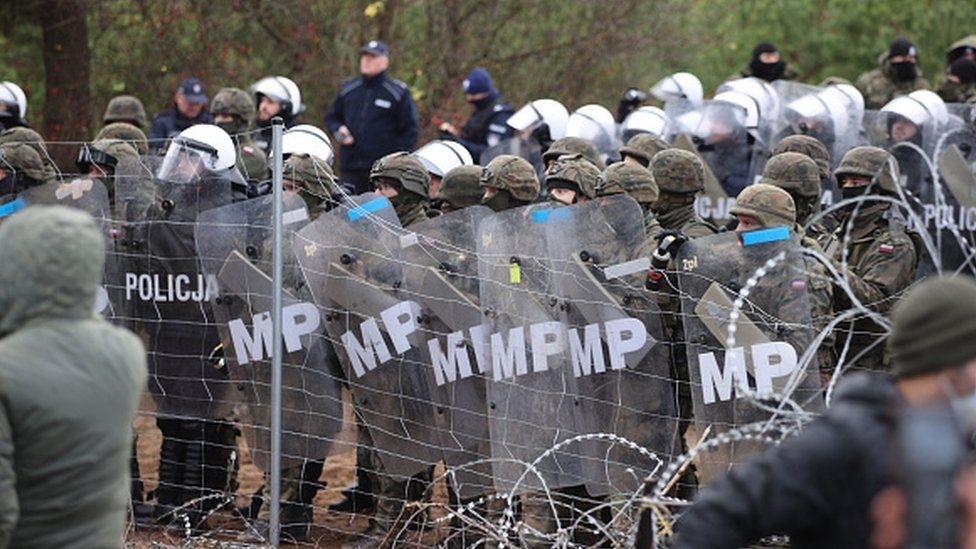 Poland said it blocked a bid by hundreds of migrants to illegally enter the country from Belarus on Monday, warning of an "armed" escalation as thousands more massed near the border.

As the latest grim chapter of Europe's migrant crisis unfolded, Washington and Brussels called on Minsk to stop what they described as an orchestrated influx.

NATO on Monday also hit out at Minsk, accusing the government thereof using the migrants as political pawns, while the European Union called for fresh sanctions against Belarus.

Brussels says Belarusian President Alexander Lukashenko has encouraged the migrant flow in retaliation for existing EU sanctions imposed over its dismal human rights record. Poland, a member of both the European Union and NATO, has drawn sharp criticism for its tough rhetoric on migration in recent years.

"Interior ministry forces and soldiers managed to stop the first mass attempt to breach the border," Poland's defence ministry tweeted." Migrants have set up a camp in the Kuznica region.

They are constantly guarded by Belarusian services."Polish border guards posted video footage on Twitter showing migrants using wire cutters to breach a razor-wire border fence. Many of the migrants seeking entry into Poland are desperately fleeing war and poverty-wracked countries in the Middle East. They say they are stuck between a rock and a hard place, with the Belarusian side refusing to allow them to return to Minsk and fly home, while Poland does not let them cross and make asylum claims.

Polish government spokesman Piotr Muller told reporters that a further 3,000 to 4,000 migrants were massing near the border. "We expect that there may be an escalation of this type of action on the Polish border in the near future, which will be of an armed nature," he added. Muller blamed "people linked to Belarusian special services" for organising the breach.

NATO accused Belarus of using migrants to put pressure on the EU, describing the actions as "unacceptable" and expressing concern about an escalation. And in a statement on Monday, European Commission President Ursula von der Leyen called on EU member states to impose new sanctions against Belarus.

The use "of migrants for political purposes is unacceptable", she said in a statement. Brussels would also look at how to sanction "third-country airlines" that brought migrants to Belarus, she added.

Minsk has reportedly issued special visas allowing migrants to fly into Belarus from Iraq and other Middle Eastern countries. Germany, which took in a million asylum seekers in 2015-2016 but has since seen a spike in anti-migrant sentiment, urged the EU to "take action" to help stem the flow of people from Belarus." Poland or Germany can't handle this alone," caretaker Interior Minister Horst Seehofer told the Bild daily, urging the EU to "stand together". "We must help the Polish government secure their external border. This would actually be the task of the European Commission. I'm now appealing to them to take action," he said.

The US State Department also called on Belarus to "immediately halt its campaign of orchestrating and coercing irregular migrant flows across its borders into Europe". Lukashenko has denied the accusations levelled against his regime. Belarus border official Anton Bychkovsky told the country's BelTA news agency on Monday: "All these people, including women and children, do not pose a threat to security and do not behave aggressively." According to the refugees, they gathered together in such a large group to prevent their forced expulsion by Poland, as well as to draw the attention of the international community to non-observance of human rights by Poland," he added.

Poland has sent thousands of soldiers to the border area, enforced a state of emergency in the region complete with a media blackout, built a razor-wire fence and approved the construction of a wall. At least 10 migrants have died in the region, seven of them on the Polish side of the border, according to the Polish daily Gazeta Wyborcza.

"We're prepared for any scenario," Poland's Interior Minister Mariusz Kaminski tweeted Monday, adding that Warsaw had increased the numbers of police and soldiers in the area.

Videos published on Twitter by the Nexta Belarusian opposition media outlet, showed hundreds -- if not thousands -- of people in winter clothing carrying backpacks and walking along a road.

According to a geo-location check by AFP's fact-checking service, one of the videos was taken near buildings in Bruzgi, Belarus, about 1.2 kilometres (three-quarters of a mile) from Poland's Kuznica border crossing. The signs along the road were in Belarusian. 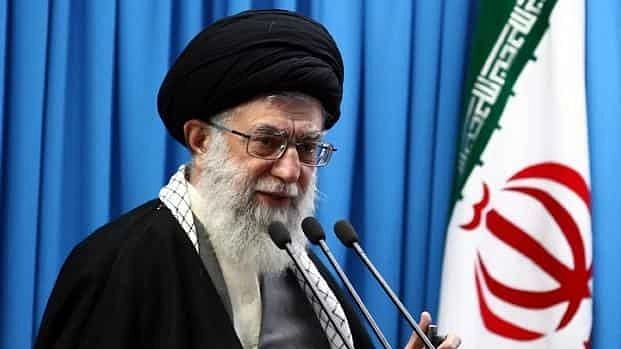