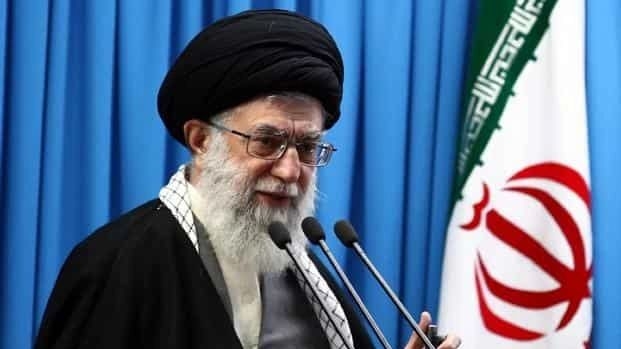 Dubai: Iran's judicial authorities on Monday reportedly banned a newspaper for publishing a front-page graphic that appeared to show Supreme Leader Ayatollah Ali Khamenei's hand drawing the poverty line in the country, amid widespread anger over the collapsing economy.

Under the headline, the graphic shows a person's left hand holding a pen and drawing a red line across the page as silhouettes of people underneath are reaching up to the line.

The graphic resembled an earlier image of Khamenei writing on a piece of paper with his left hand, a prominent ring on one of his fingers. His right has been paralysed since a 1981 bombing.

The Young Journalists Club, a group associated with state television, earlier reported that censors were examining the newspaper after the publication. The state-run IRNA news agency acknowledged Kelid had been shut down, without explaining the reason.

Kelid could not immediately respond to a request for comment Monday. Their website has been taken offline.

Iran, whose state-dominated economy has long faced trouble since the 1979 Islamic Revolution, has been under increased pressure since then-President Donald Trump unilaterally withdrew America from Tehran's nuclear deal with world powers in 2018.

The Iranian rial is now about 281,500 to the dollar - compared with 32,000 rials for $1 at the time when the 2015 nuclear deal was struck. With U.S. sanctions still strangling the economy, record-breaking inflation has hit ordinary Iranians where it hurts most. Stunned shoppers are cutting meat and dairy from their diets, buying less and less each month.

While radio and television stations are all state-controlled in Iran, newspapers and magazines can be owned and published by private individuals. However, Iranian journalists face constant harassment and the threat of arrest, according to press advocacy groups.

The Committee to Protect Journalists called on Iran to immediately reverse its decision banning the newspaper.

"Truthful and open reporting about matters of daily life is of vital importance for the Iranian public," said Sherif Mansour, the committee's Middle East and North Africa programme coordinator. "Iranian authorities must allow Kelid to resume operations immediately and cease any attempts to censor the media."